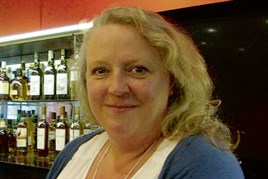 Managing Maxxium UK’s fleet is only part of the story for procurement manager Sally Weeks, who is equally at home organising a building project or developing promotional materials for the wines and spirits distributor.

But that part-time fleet billing has not resulted in a part-time approach for the former Fleet News fleet manager of the year, who was awarded the coveted title in 2005.

Instead, Weeks employs her procurement skills to keep fleet costs in check, while recognising the importance of keeping drivers happy by educating them about fleet policies and procedures.

“Very often procurement people are labelled as cost-obsessed and nothing much else,” says Weeks.

“But I don’t believe in that approach, I believe that quality has an important role to play alongside cost.”

The procurement instinct in her isn’t entirely suppressed: in taking a collaborative approach with all her suppliers, cost may well not be king, but it is still her guiding light.

Weeks’s first fleet manager role was for Remy UK in the late 1990s, managing the drinks producer’s 50-strong fleet alongside her other procurement responsibilities.

She says: “I learnt on the job, but my childhood gave me a good grounding. My father was an avid fan of vintage bikes and cars and growing up we had two Grand Prix Bugattis, a 1918 three-wheeled Morgan, Scotts and Triumph motorcycles – you name it, we had it – even a penny farthing and a steam train.

“I used to hang around with my father all the time and when I started working with fleet I suddenly realised I knew quite a bit about the industry.

“I was speaking to a lot of dealers and my father had always traded in that environment so I was familiar when it came to making deals.

“However, I also applied what I knew from being a buyer and importantly was never afraid to ask questions.”

Weeks spoke to dealers and manufacturers, as well as attending fleet days with other fleet managers where she was able to learn new ideas and put them into everyday use on her fleet.

Her role at Remy took her to the newly formed Maxxium UK in 1999 and north of the border to the company’s purpose-built headquarters in Stirling.

Employing 240 people across the UK, the company operates a fleet of 128 cars on a contract hire, three years/60,000 pooled mileage basis.

CO2 emissions are capped at 160g/km, while a mix of manufacturers are represented on the fleet.

There is no CO2 cap on the company’s 24 grey fleet vehicles. Instead the car policy states that employee owned vehicles “must be suitable for work, represent the company’s image and have less than 8,000 miles on the clock”.