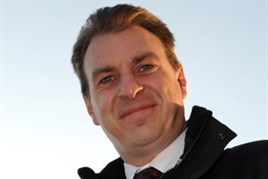 Is the grass greener on the other side?

For a fleet manager battling against budget restraints, the threat of outsourcing and an unappreciative board, the appeal of switching to the leasing sector can be too tempting – as many have found.
It’s rare for the leasing/rental fraternity to covet the fleet manager’s role enough to jump the other way; but when it does happen, the impact can be considerable.
Jo Hammonds was one of the first to practice what he was preaching when he joined Mears Group from TLS 11 years ago, in his own words becoming “poacher turned gamekeeper”.
At that point, the social housing repairs and maintenance provider operated a respectable 570 vehicles. Today, following acquisitions and organic growth, the fleet numbers 3,500, of which 2,800 are vans. A further 250 vehicles will be added this year due to new contract wins.
Inversely, as the fleet has grown, the amount of time Hammonds dedicates to it has reduced. For the past three years, his role has expanded to include assets, such as mobile phones, insurance, other leased equipment and the property portfolio of 270 locations. “Fleet is now half my time,” he says.
Hammonds has a fleet team of three admin staff at head office and three regional fleet managers acting as his “eyes and ears on the road”.

The regional team maintains contact with the branches, carrying out vehicle safety checks and ensuring compliance.

They oversee the day-to-day management of the fleet, including cost control and fuel reports.

Meanwhile, the admin staff handles replacement cycles, re-charges, damaged repairs and parking fines. Of the latter, 97-98% are in London.

“We have 1,200 vehicles in London. The nature of our job is that drivers park up to repair people’s houses. It has to be done,” says Hammonds.

“We can’t challenge them because they are justified by the letter of the law.

"We have to charge to the job and recharge to the drivers, unless they can show they were on an emergency job.”

It takes more than half of one person’s time each week simply to handle this process.

Eighteen months ago he set up a dedicated breakdown number that ties all the suppliers together. The number is displayed on the tax disc holder.

This simple stroke of ingenuity means Mears can switch suppliers without any impact on drivers – they only have to worry about one number, which never changes.

“Our handbook used to list all the numbers that drivers needed,” says Hammonds. “Thirty numbers was too many. This is an easier way.”

Historically, Mears has funded its fleet through Lex, HSBC and Bank of Scotland.

However, after HSBC exited the sector and Lloyds TSB absorbed Lex and Bank of Scotland, the unintended consequence was a solus deal.

Hammonds says this has resulted in some benefits.

“The bigger the size of fleet, the better solus could be for you because of the numbers involved. It is also easier to manage and control,” he explains.

“We benchmark twice a year on our standard vans on the leasing price. We are looking for big deviations and where the market is sitting on prices.”

Hammonds recently extended the standard van contract from three years to four years, partly to mitigate the van price increases he was facing during the difficult economic conditions.

Average annual mileage is below 12,000, so this didn’t create any SMR or residual concerns.

“Could we keep them for five years? Yes, mechanically. But there will possibly be an image issue with the local authorities.”

Hammonds also points to improvements in emissions and fuel performance: “If you have a long tail in churn, you aren’t able to take advantage of that.”

He adds: “Equally, we can also make a case for 18 months based on rebate deals. It depends on the business and its needs.”