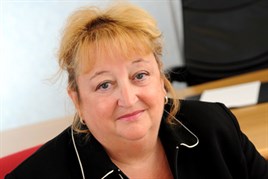 Sustainability, notably in relation to the environment, is a core ethos at international consulting, construction and engineering company MWH Treatment, part of the wider MWH Global organisation.

Not surprisingly, Maureen Barnes, fleet manager at MWH, has a strong environmental focus in relation to the company’s 540-strong fleet, which includes 240 light commercial vehicles.

However, while CO2 emission figures are a key green barometer on the company car fleet – average emissions are currently 118g/km with an emissions cap set at 140g/km, soon to be reduced to 120g/km – it is van fuel figures that are influential when calculating wholelife costs.

“We would like all van manufacturers to publish van CO2 figures which they currently don’t,” says Barnes, who is also secretary of the North West Region of ACFO, the trade association for fleet operators.

“Although we appreciate that due to use and load carrying requirements they are likely to be only a guide at least the data would assist in vehicle selection criteria.”

Instead, a combination of manufacturer published mpg figures and real world fuel data captured by MWH – the company uses the BP Supercharge fuel card – has influenced the organisation’s new van policy, which is just being introduced following 12 months of work.

With assistance from vehicle leasing partner GE Capital, MWH is moving from a solus Ford van fleet to a Ford and Vauxhall fleet.

Barnes says: “Due to the variety of work the business undertakes, a sole supply Ford fleet was no longer compatible with our requirements.”

The all-diesel fleet – both LPG and, to a lesser extent, electric vans have been utilised previously – typically operates over a four-year/100,000-mile replacement cycle.

“Managers within each of our divisions closely monitor van usage and fuel economy, and we believe our new policy will deliver significant fuel bill savings,” says Barnes, who is based at the company’s UK headquarters in Heywood, Lancashire.

Additionally, MWH supplements its leased fleet when required with spot hire vans from the likes of Northgate Vehicle Hire.

All vans, including hire vehicles, display MWH livery and are racked out to meet the requirements of the organisation from water systems investment and management, water and environmental engineering and water and wastewater products and services; to detecting leakages on behalf of utility companies, and asset management for a cross section of authorities including mapping pipework underneath the country’s roads and railways.