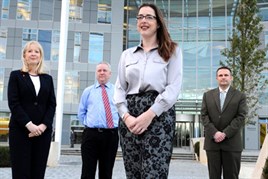 For most fleets, funding comes down to a straight choice – contract hire or buy outright.

According to leasing experts, the trend firmly points to contract hire as the growing favourite.

Two years ago Network Rail bucked this trend, swapping the finance provided by its four leasing partners for its own money and a business managed by an expanded in-house fleet team.

When the transition is completed next year, Network Rail will become only the third fleet in the Fleet200 top 20 to be entirely outright purchased, joining the Met Police and Royal Bank of Scotland.

Business support manager Steve Duffy, an eight-year stalwart of the fleet operation, explains: “We can get better value for money buying cars with our credit rating.”

Value for money is a crucial pillar underpinning Network Rail’s fleet strategy. Because it is part-funded by the Government/taxpayer, everything must go to tender.

The parallels are supply chain management: fleet is a support business and supplier to the rest of Network Rail.

At the same time as the restructure, the operation moved from its Derby head office to an impressive new building in Milton Keynes.

Emma Osborn was brought in from the planning/engineering division to head the 19-strong fleet team, including its four senior support managers (see p38). New to fleet, she has been with Network Rail for 14 years.

In the space of 24 months, Network Rail has moved premises, added new faces to the senior fleet team and switched funding model.

That’s enough to challenge most businesses, but now the company has also confirmed a decision to change its fleet management provider in early 2013, from ARI to BT Fleet, after a tender competition.

Although BT Fleet won the tender, Osborn is at pains to point out: “A lot of our strength today is down to the relationship with ARI.”

But with such a big in-house fleet operation, what need does Network Rail have for an external provider?