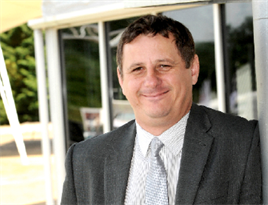 Setting aggressive targets for its leasing company has seen Siemens save £3 million over the past six years, Paul Tate tells Sarah Tooze

Don’t be afraid to set your supplier aggressive targets.

That’s the advice from Paul Tate, commodity manager at engineering and technology company Siemens, who sets his leasing provider Lex Autolease a target of reducing its annual bill by 3% each year,  equivalent to around £500,000.

“Every year it comes to us with cost-saving ideas and it sends us a report which tells us how it is performing to the target,” Tate says.

It’s a successful approach. Siemens has saved £3 million over the past six years.

One of the big cost-saving initiatives – which has reduced bills by more than £500,000 to date and continues to deliver savings – is performing full fit for purpose evaluations with Siemens to ensure that the commercial vehicles operated are the right ones.

“It has resulted in us changing vehicles, manufacturers, vehicle sizes and reducing the equipment carried,” Tate says.

Having accurate mileages – from vehicle monitoring or servicing data – has enabled Siemens to reduce its annual lease charges by £163,000 a year. Promoting lower CO2 vehicles has also delivered annual savings of £83,000 to date.

But Siemens doesn’t look just to Lex Autolease to come up with cost-saving ideas.

Its accident management provider, Fleet Claims Administration (FCA), is on track to save the company an estimated £827,000 this year through using its network of repairers wisely such as choosing its nearest repairer and using smart repairs where appropriate.

“It is choosing the most cost-effective repairs which still meet the guidelines,” Tate explains. “FCA has challenged a lot of invoices on our behalf as well. It’s very proactive in not accepting the first invoice that comes in.”

Siemens unbundled accident management from its contract with Lex Autolease two years ago, opting for FCA – a considerably smaller organisation – because it was “more hands-on”.

“It is a small, family-led company and it was eager for our business. At the moment, that eagerness is paying dividends,” Tate says.

As Siemens has 4,500 vehicles, it had to be certain FCA could cope with the volume of work.

“Were we too big? That was a question asked and we did a risk scoring on that,” Tate says. “We looked at the percentage of business we would be giving them on top of their current business.”

In this case, the figures added up.

Siemens looks for suppliers that take a proactive approach and understand the company’s diverse nature.

When it decided to switch from a team of fleet managers to an outsourced arrangement six years ago, one of the key reasons it chose Lex Autolease was that the leasing partner had been managing Siemens’s employee car ownership scheme for four years and understood the business.

The relationship with Lex Autolease is managed by Tate and a colleague in HR.

Tate has been at Siemens since 2007, initially managing the commercial vehicles (which Siemens calls ‘the service fleet’) and then taking on the company cars.

Outsourcing has meant the “day-to-day, mundane elements have disappeared”, he says, freeing him to look at key activities and fleet strategy.

But it can also mean having less control if proper procedures are not put in place.

“You are very reliant on your supplier providing the data to make executive decisions,” Tate says.

“You don’t control the data, the data is provided to you. You have to trust them to provide accurate and credible data for you to be able to make the right decisions.”

But it’s also important not to get swamped by data. “They can send you rafts and rafts of information which doesn’t actually mean anything and you don’t have the time to sit and trawl through it,” Tate says.

“We found we were reporting on things which had no value add; it was reporting for reporting’s sake. You need to ensure you refine your reports for topical issues.”

Although Tate likes to receive ‘top-level’ data, he also ensures that Lex Autolease can provide the detail if needed.

“It’s great being shown a top-level dashboard, but if I see something that jumps out I expect our strategic partner to be able to talk us through what is driving those figures,” he says.

Tate has introduced a ‘change request form’ which Lex Autolease has to complete before making any changes to processes (such as de-hire damage). It has to list the benefits of doing the change and any potential impact on Siemens.

A driver complaints log is reported on each week. “We challenge our strategic partner to come to the table and say ‘we’ve had these complaints and this is what we’ve done about it’,” Tate says. “It has to show value add and tell us what it is doing.”

He holds telephone conferences with Lex Autolease on a fortnightly basis to look at specific issues. Monthly and quarterly reviews compare performance against the key performance indicators (KPIs) set by Siemens, while an annual strategic review is also held.

Siemens challenges all suppliers to do a ‘reverse evaluation’. “We want to understand if there are areas that we as a customer can improve,” Tate says. “It’s understanding what our suppliers think of us as a business to deal with.”

As Siemens is “heavily reliant” on one supplier, Tate also does benchmarking exercises to ensure Lex Autolease’s rates and service provision are competitive.

“We do an annual European tender and obtain rates from all the manufacturers and then receive rates from leasing companies,” Tate says. “Countries are allowed to choose their own partners. Some are using international key providers for Siemens, but some are using local providers because it’s a better fit.”

Tate meets with Siemens fleet managers from other countries at an annual global conference.

“We discuss topical issues within fleet and do presentations on our own countries,” Tate says.

“It stimulates some good debate over the way people do things. Great Britain is described as being one of the most advanced countries in relation to fleet; colleagues are usually in touch with us, asking for more information on things we do.”

However, Tate believes a single fleet policy across Europe wouldn’t work for Siemens because of the different taxation regimes in each country.

Meanwhile, his colleagues in Germany are pushing for a panel of suppliers rather than sole-supply contracts.

“We’re still reviewing whether it’s the right model in the UK,” Tate says. “With one strategic partner there is no complexity in the service provision. Siemens has more than 13,000 employees in the UK and a large percentage are vehicle-entitled so keeping with one supplier is an
easier solution.”

One supplier also means there are no discussions about who is responsible for what.

“When things go wrong people like pointing the finger at someone else and you don’t want that,” Tate says. “With having one leasing company, the buck stops with them. There is no wriggle room. It’s not ‘it was them’. ‘No, it’s you, you’re providing the service’.”

Siemens decided to switch from an employee car ownership (ECO) scheme to contract hire for its company cars four years ago.

It currently has 256 cars left on the ECO scheme, with the final ones due to come off the fleet in February 2015.

“Our ECO scheme is a dying animal,” Tate says. “Tax and legislation made it too complex. HMRC had to have payments going in and out of an employee’s salary appearing on the wage slip.

“We had drivers saying ‘I’m entitled to that because you’ve put it in my salary’.

“If you do a lot of business miles and you can see the AMAPs going into your salary, you want that large payment but you can’t have it. The querying from employees made it very time consuming.

“We decided for stability and to be able to demonstrate the true cost of a vehicle we would go to traditional contract hire.”

The move also gives Siemens more flexibility with its contracts. Under the ECO scheme it couldn’t amend the terms and it couldn’t reallocate cars easily.

“The termination on the vehicle had to be grossed up for tax and National Insurance so it was very expensive,” Tate says.

Employees have accepted the move to contract hire because “the communication was done right”.

“The benefits of doing contract hire were explained to the employees so we had full buy in,” Tate says.