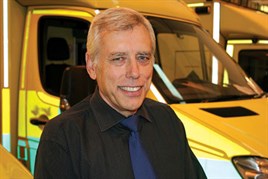 Audit: a single word to strike fear into many company hearts.

How well would your fleet operations stand up to an independent assessment?

This is one issue that the Freight Transport Association needs to overcome if it wants to achieve the objectives set out with the Van Excellence programme to enhance standards of van operator compliance and celebrate fleets who demonstrate excellence.

So far, 11 companies have undergone the audit with an FTA assessor. All have passed with no areas of failure to remedy. Considering some of the names involved – Balfour Beatty, Menzies and Network Rail among them – it’s no surprise that the FTA found these were well run professional van fleets.

That may not be the case as the number of sign-ups grows. However, the FTA is keen to stress its number one priority is to help fleets become accredited which includes setting up a helpline to provide advice and answer queries.

We’ll get the faux X-Factor style tension out of the way up front: SCAS, as it’s known internally, passed with flying colours. The reason was down to careful preparation.

From the outset, Rick Stillman, SCAS head of fleet, put in place a project manager to oversee the Van Excellence process.

It proved to be the right decision. Julie Larner, co-opted on a short-term assignment from elsewhere in SCAS, spent two months in the build up to the inspection documenting and auditing every process and working practice.

She created a spreadsheet that mirrored the Van Excellence inspection sheets to ensure every element of the audit had been covered.

“Previously we did things because we always had done them that way; now we have reasons why we are doing them,” Larner says.

“We challenged some areas, such as licence checks – could we prove that we had done them? Now we have the processes in place to prove it.”

Documentation was also tightened up, particularly logging the emergency equipment on the ambulances. The decision to go for Van Excellence has also concentrated the minds of staff; compliance has become a focus.

Appointing Larner meant Stillman could still go about his day job of managing the fleet.

“We couldn’t have done it without the support of Julie as project manager because of the time involved,” he says, offering this advice to other fleets considering Van Excellence: “If you are going to do it and you have a size of fleet like ours , get a Julie.”

Dig into the detail of the fleet and it becomes clear why it already had tight operational processes in place.

Government targets require ambulance services to have a minimum eight-minute response time to emergency calls. The clock starts counting down from the moment the initial call is taken by the operator.

Fail to hit the target for 75% of call-outs and the organisation is penalised – the cost can run into millions of pounds. As for SCAS, last year it was the top performing fleet among the UK’s nine regions.

As the bulk of the fleet is in operation 24 hours a day, the number of drivers far outweighs the fleet size – 2,600 to be precise.

SCAS was created from an amalgamation of Berkshire, Hampshire, Oxfordshire and Two Shires in 2005. It’s a vast territory, stretching from Southampton up to Milton Keynes.

The operation includes three workshops, in Southampton, Reading and Oxford, plus two single-ramp facilities in Bletchley and Stoke Mandeville for routine servicing and minor repairs.