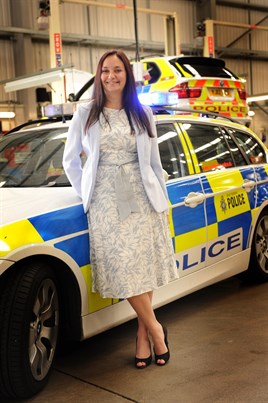 How do you reduce fleet costs but maintain performance?

That’s the challenge facing Sarah Gilding, head of fleet management at South Yorkshire Police, which, like many public sector organisations, has seen its fleet budget shrink in size.

It has led her to analyse whether vehicles are being put to the best possible use.

“We look at any vehicles that are doing less than 5,000 miles in a year,” she says. “Sometimes there is a genuine reason. They might not do many miles because of the nature of what they are being used for operationally, or it could be an observation vehicle that is parked up.

“We have reduced the numbers of those types of vehicles and pulled them into a central pool, so instead of each district or area within South Yorkshire having vehicles that don’t do many miles, people can book them so we can maximise the use of them. It gives us savings.”

In total, South Yorkshire Police has removed 18 vehicles from its fleet, including 12 protected personnel carrier vehicles (saving £741,600 in capital costs), a horse box (worth £150,000) and observation vehicles. The driver services division of South Yorkshire Police also has vehicles which are hired out across the force to further increase utilisation.

As a result, the force will save £1 million in capital costs this financial year with total revenue savings of £345,000.
In some instances, seized vehicles have been taken into police use.

“That’s the cost of recovery, making sure it’s roadworthy and we might need to get keys cut. It saves us many thousands of pounds compared to buying a new vehicle. It also gives us a different mix to the fleet.”

Vauxhall is the favoured brand for beat vehicles, intermediate performance vehicles and vans, while BMW is the preferred option for high-performance vehicles. But the force has many other brands on fleet for covert reasons, details of which it declines to share!

The majority of the fleet is managed in-house, although HGVs are handled by Wakefield Council following a joint tender with West Yorkshire Police.

“We do the majority of commissioning in-house but, if we get overloaded, West Yorkshire Police does some for us because it has a commissioning department,” Gilding says.

“More specialist vehicles, like riot vans for football matches, tend to be done by external convertors, but we do all of our collision body repairs in-house.”

The force’s site at Chapeltown, where the fleet department is based, also has its own workshop.
The decision to close Doncaster was based on mileage analysis.

“The ideal would have been to keep Doncaster because it’s another site further out and it was maintaining Doncaster-based vehicles,” Gilding says. “But it was also maintaining vehicles from Rotherham so, when we looked at it, some vehicles would have to travel further but others would be travelling fewer miles.

“We’re looking to get another recovery vehicle so that drivers can move vehicles around the force and not affect officer downtime.”

The building at Doncaster has yet to be sold, but Gilding anticipates capital savings of about £288,000 once it is. Making the remaining workshops more efficient will be key.

“We’ll be performance monitoring,” she says. “We’ll be looking to see how many services different technicians are getting through and reviewing standard industry times against how long it has taken us to repair vehicles.”
The workshops’ average turnaround time is 36 hours – impressive considering the force has to contend with vehicles that have been involved in high-speed crashes. The vehicles are on the road 95% of
the time.

South Yorkshire Police also uses second-hand parts (non-safety related) from vehicle dismantler FAB Recycling, which has been awarded an end-of-life vehicle framework agreement by the National Association of Police Fleet Managers. This has resulted in savings of £47,226 since it began using the company in July 2012.
But the force has also recognised that it needs to invest to achieve fleet savings too.

It is in the process of upgrading its Tranman software from Civica, in conjunction with North Yorkshire Police and Humberside so that all forces have the same system.

“We’ve taken touchscreens in the workshop so that job cards are inputted by the technicians at the point of doing the job and barcoded in the stores,” Gilding says. “There will be advanced email technology as well, which is not yet switched on, which will mean that when a technician on the touchscreen finishes the job it will send an email that the vehicle is ready to be collected.”

The project is still ongoing with plans to move to a web portal for accident reporting and an improved booking system for pool cars.

There will also be dashboards for key performance indicators, such as the number of vehicles off the road.
A separate technology initiative, in conjunction with the force’s IT department, will see 300 vehicles fitted with charging points and laptops.

This will maximise time out on the road as officers won’t need to return to base to complete statements and other paperwork.

Telematics is also on the agenda. “I’ve got a number of different suppliers that have agreed to a month’s trial so we can evaluate the systems, see what savings are generated and then look to put a business case in,” says Gilding.

Suppliers are quoting a 10% fuel saving and South Yorkshire Police has a £2m fuel budget.

It could be just what Gilding needs to continue her quest for reducing costs and maintaining performance.