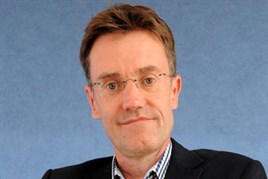 Not many fleets turn to mathematical diagrams when planning the future strategy of their vehicle operations.

Martin Carter, operations director at lift and stairlift manufacturer Stannah, took the unusual step during the 2008 recession when the company was looking to optimise efficiencies in all areas of its business.

Stannah buys its 615 vehicles outright but had put a hold on capital expenditure as it started to sweat its assets. The challenge for Carter was to determine the optimum time to replace company cars and vans.

His method? Plotting the cost of every vehicle on a scatter-graph.

The scatter-graph used by Stannah displayed the cost data against the age/mileage data in order to find a correlation.

In Stannah’s case, the graph revealed that five years and 120,000 miles was the optimum time to change both cars and vans; keep the vehicles any longer and maintenance costs risked spiralling out of control.

“At this point the spread of risk was too wide,” says Carter.

“It was 50-50 whether you were driving a bargain or a duffer where costs would go through the roof.”

As an outright purchased fleet, it was vital for Stannah to get the cycle right. However, the company does not exploit one of the more obvious benefits of buying vehicles: flexibility.

Carter does not shorten or lengthen replacement cycles to take advantage of stronger residual values. Nor does he concern himself with residual value fluctuations.

“Residual values are a moving feast but you can’t be flexible, you have to be fair to employees on how long they keep their cars,” he says, adding pointedly: “You get a bigger return from getting a driver to slow up than from watching residual values and adjusting all the time.”

Does it matter that cash is tied up in vehicles?

“It depends what you would be doing with the cash. If it’s just going to be sat in the bank with poor interest rates we might as well put it to use. There will always be changes in the economic climate but you can’t keep changing your policy.”

Every six months, Stannah’s fleet management partner ARI Fleet UK provides Carter with a list of cars from which he selects the models based on their wholelife costs.

But it’s not just financial criteria: driver appeal is also an important factor.

Consequently, the choice ranges from Kia to Ford, Seat to Audi, with a variety of body shapes to suit employees’ lifestyles.

Extending the replacement cycle was one of two momentous changes in fleet policy in rapid succession.

In 2008, Stannah took the decision to outsource service, maintenance and repair to Fleet Support Group (now ARI Fleet UK), moving away from each regional operating centre being in charge of managing their vehicles locally.