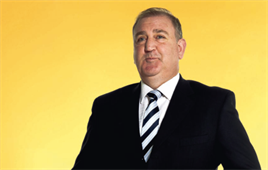 Around one-third of companies are considering downsizing their fleets, either through size or number of vehicles, according to anecdotal feedback received by Fleet News. Most are van fleets, realising that their vehicles are running only partially full for the majority of their working life.

However, while many are assessing ways to switch from large 3.5-tonne panel vans to medium-size sub-3.0-tonne panel vans, a much greater win can be achieved from scaling down from 7.5-tonne trucks into 3.5-tonne vans.

That’s what leading building materials supplier Travis Perkins plc has done, saving a considerable amount of money in the process.
The company operates 3,700 vehicles under a range of brands (including Travis Perkins, Wickes, Tile Giant and Keyline) with management divided between three group fleet managers for vans and trucks and one fleet manager for the 2,600 cars.

Adam Baillie is group fleet manager for City Plumbing, the northern region of PTS, Benchmarx and Tile Giant, overseeing a fleet of 1,100 vehicles – a mix of 7.5-tonne trucks and 3.5-tonne Lutons with tail-lifts.

He arrived at Travis Perkins just over six years ago when the company fleet totalled just 1,600 vehicles. The subsequent growth, fuelled by business acquisitions, left the organisation with a range of vehicle types and specifications and three fleet divisions operating largely in silos, despite the team sitting centrally under director of fleet services Graham Bellman.
However, that is now changing. Already the range of different vehicles types have been consolidated to standard vehicles across the business. And, over the next couple of years, further progress will be made to unify the fleet, according to Baillie.
One of the first steps was to consider the type of vehicle that was fit for purpose. Baillie identified an issue with the manual handling of heavier products which could not be resolved with the standard 3.5-tonne panel vans employed across the fleet.
His solution was to switch from these vans to Luton-body vehicles based on Mercedes-Benz Sprinter chassis cabs which were able to accommodate a tail-lift.

The Lutons also opened up a further opportunity to consider downsizing a number of the fleet’s 7.5-tonne trucks. It required a reconfiguration of the vans’ interior space to increase payload and capacity from around 650kg to close to one-tonne, with Baillie working closely with the company’s bodybuilders to achieve the right specification.
Since the new vehicles came on to fleet two years ago, he has been able to remove 85 7.5-tonne trucks and replace them with the 3.5-tonne Lutons. Each vehicle has saved the business £20,000 on purchase cost alone. A further 10 vehicles are likely to be replaced in the coming months.

“We also have no worries about weekly servicing so it reduces our maintenance costs and fuel efficiency improves from around 13-14mpg for the 7.5-tonne trucks to 27-32mpg,” says Baillie.

The Lutons do not fall under the Operators’ Licence, while Travis Perkins is able to choose from a wider pool of drivers because they only need a car licence. It’s a key point for Baillie, who believes the number of people with HGV licences is shrinking.

Over the Travis Perkins Group’s eight-year operating cycle, the decision to downsize is saving the company around £70,000-80,000 on every vehicle – more than £6 million in total.

In some cases it has meant the vehicles doing two runs where the trucks would’ve made just one journey, but the savings more than offset this. It has also provided a boost for drivers. Their “faces light up” when they receive the Mercedes-Benz keyring, Baillie says.
Mindful of the high levels of service he receives from truck dealerships, Baillie has negotiated a deal with Mercedes-Benz for a national labour rate and parts pricing for all his vans – the first time the manufacturer has agreed to such a deal.

He describes it as “a comprehensive bumper-to-bumper” agreement which covers everything from the wrong fuel to flat batteries from leaving lights on.

Aftersales support was a crucial factor in Baillie’s decision to switch from Ford Transits to Mercedes-Benz Sprinters as the base for the Lutons, although he also took safety systems such as stability control into consideration.

“The back-up from Mercedes-Benz outstrips everyone else and, for us, product support is key,” he says. “More manufacturers need to realise that aftersales is where the money is made so they need to improve their support in that area in order to get the companies like ours.”

The Mercedes-Benz agreement has been in place for the past two years and means Baillie sends all his vehicles to franchised dealerships for servicing and repairs; each makes a six-monthly visit, supplemented by regular inspections by the Freight Transport Association.

“Our vehicles only go three months before someone looks at them and if something is picked up it goes straight into the garage,” Baillie says.
Common faults are identified quickly and fed back to the manufacturer to take action. This can result in innovative solutions even if the issue isn’t related to vehicle reliability; for example, to counter a spate of catalytic converter thefts, Mercedes-Benz created a cat-lock system that is now fitted as standard at the PDI (pre-delivery inspection).

The Mercedes-Benz and FTA inspections are in addition to daily driver checks. They are completed on a pad kept in the vehicle with a white sheet which is torn off and handed into the office before the driver sets off. Compliance checks are carried out by the fleet team and the company’s internal audit team to ensure the defect reports are being completed.

“We treat our vans like our commercial vehicles. They run over the same eight-year cycle and we follow the same processes on daily defect checks – that ensures we can keep the vehicles for eight years,” says Baillie. “If a vehicle has a defect it has to be repaired within a three-day period.”

Maintenance runs off the ARI fleet management system, with automatic authorisation on anything up to £500.
Buying the vehicles outright allows Travis Perkins to operate such a long replacement cycle, at the end of which vehicles are, admits Baillie, “looking tired”.

He adds: “Outright purchase gives us a great deal of flexibility. We can dictate what happens to the vehicles, such as when we change them. At the end of eight years we couldn’t put a vehicle back to the right condition to avoid end-of-contract damage charges.”

Baillie is talking from personal experience. When Travis Parkins acquired PTS a few years ago, its vehicles were on contract hire, which caused a number of problems. In addition to end-of-contract issues, the vehicles were typically off-road for 25-30 days waiting for parts.

“We don’t have that problem with our vehicles,” he says. “We have the direct link to ARI’s fleet management system and also the aftersales support from Mercedes-Benz if needed which means our vans are usually off the road for a few days. If we were contract hire, we wouldn’t have that bit of armour to call on.”

Baillie adds: “Buying our vans means we have the relationship with the manufacturer rather than being A. N. Other and that makes a difference – communications and support is better and we know exactly what’s happening.”

Every aspect of fleet management is carried out in-house, except maintenance. The fleet department is divided into three sections: operations (the three group fleet managers plus a fleet manager who oversees the 2,000-strong car fleet); development (primarily telematics/tracking) and compliance (driver assessors).

“We also have manufacturer implants from DAF and (Mercedes-Benz dealer] Inter County, from Masternaut and the FTA because we use them so frequently,” Baillie says.

“It’s part of our contract and means we have one point of contact and they understand our business on a day-to-day basis. They are the gamekeeper, and they will pick up more business over time, but it helps us to develop.”