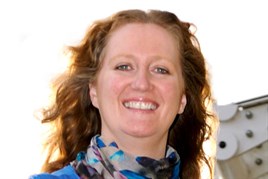 Out went finance lease in favour of contract hire, in came a new cash allowance scheme, and out went a multi-badge car fleet in favour of a solus deal with Ford.

Managing of all these changes would be enough for most.

But Virgin Media added an extra tier of complexity by committing to replace all 1,100 cars with the new 99g/km Ford Focus within a 12-month period.

The switch will be completed this month. Consequently, average CO2 emissions will have fallen from 139g/km to 99g/km in the space of a year.

Despite the challenge of replacing so many vehicles in a short space of time, the process went without a hitch, according to fleet manager Karen Karolyi.

“It works for us and, although it has its challenges, it is very rewarding,” she says. “There is a buzz of contentment with all drivers; it really feeds positivity.”

And having spent 15 years with the business, Karolyi is used to this company culture.

During that time Virgin Media has been reshaped and rebranded on several occasions – as has the fleet operation.

Initially CableTel, then NTL and now Virgin Media, the changes have been echoed in the role of the fleet manager which evolved from several regional-based fleet co-ordinators to the one person today running the entire UK operation.

The Virgin Media fleet has steadily grown over the past two years and more is forecast for 2013.

The increase is largely down to a new apprentice programme that was introduced in 2011.

The first year of running the programme brought in an extra 120 vehicles; in 2012 more than 200 were added to the fleet.

Karolyi expects a further rise of 400 vehicles this year. All the growth is vans, which now account for 2,600 of the 3,700-vehicle fleet. In contrast, the car fleet has been in decline.

Revisions to the cash allowance in 2010 resulted in more people eligible to take cash rather than car.

The change produced a bias towards cash allowance by creating two groups of company car drivers.

If annual business mileage is between 5,000-12,000 miles and the driver is out of the office three times a week on average, they are eligible only for the allowance and are reimbursed using the AMAP 45p per mile rate.

Anyone below this level must either use a rented vehicle or their own car.

Drivers whose annual business mileage exceeds 12,000 can choose either the allowance or a company car.