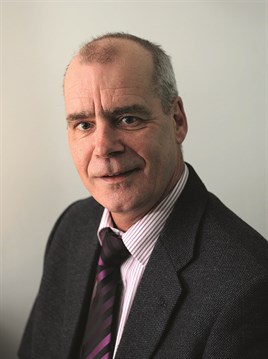 Engagement and ownership. Two words that sum up how Wakefield and District Housing and its fleet manager Rick Young approach the company van and car strategy.

Wakefield and District Housing (WDH) was formed in 2005 out of the metropolitan council with 440 vehicles but no-one to manage them. Enter Rick Young.
He started his career as an HGV driver in 1978, moving into transport management within three years. In 2005 he, in his own words, “fancied a change”. The opportunity at WDH came at the right time.

Bringing with him almost a quarter of a century of experience in running truck operations, Young set about establishing a fleet policy at WDH.

He started by recording everything. “I absorbed all the information. When I joined WDH there was one folder of information on the fleet; now I have three filing cabinets,” he says.

A third of vehicles were on long-term hire while just 60 vans were newly purchased. The remainder were ageing vehicles, typically ‘W’ plates, a legacy of the council’s policy of buying assets and writing them off over eight or nine years.

A tender document had already been issued and Lombard was subsequently appointed on a solus agreement.

“We had already identified the fleet and how it would be used,” Young says. “Through consultation we decided that we would order vans on bloc. We got rid of the spot hire vans first , then looked at the leases as they dropped out of the council sub leases. As they ended, we replaced them with new vans.”

The pace at which WDH moved inevitably meant some lessons had to be learnt.

“It was a learning curve for everyone,” Young says. “We worked closely with Lombard and with a new conversion partner. But everything was too far away from me distance-wise. WDH is a local organisation but we were dealing with suppliers that were too far away. I didn’t have enough control.”

He has changed that approach as the business moved into its latest vehicle renewal cycle which required a different level of engagement with Lombard. Crucial was unbundling the service, maintenance and repair and accident management elements from the leasing contract.

The tender process took 13 months to put together in close consultation with WDH’s procurement team – “the real experts” as Young dubs them.

“We now have several working partners that I meet with around three times a year to discuss replacements – before, during and at the end of the cycle,” he says.

These include dealers and suppliers of conversions, racking, telematics, vinyls, service and maintenance, glass repair, tyres and accident management, all of which sit outside of the leasing agreement with separate contracts managed directly by Young.

“We discuss with them what we want, what has happened in the past and how we learn from mistakes.

“It gives ownership to people because they feel they are involved in the process – they are our partners and they have the same passion for a job well done as I have.”

Young adds: “It’s in our tender document that our leasing provider has to be happy to work with these people and organisations. Only those providers that are willing to talk about these issues will come forward for the discussions. We shortlisted four; only two were open to this approach. We appointed Lombard and they have vetted and approved our service providers.”

The contract is still ‘with maintenance’ – WDH pays a monthly fee for the service, but Young schedules all the appointments; Lombard simply pays the bills.

Young cites several benefits to this approach, including flexibility, reduced downtime and the extent to which personal relationships help foster excellent service.

“I know these businesses and that makes a difference,” he says. “We have flexibility – if our operatives don’t turn up on time they are still fitted in whereas a dealer would put them to the back of the line.”

Guaranteed service volumes certainly help to solidify the relationship. WDH’s vans are serviced every six months without fail, which means close to 800 services a year. This policy is a legacy of Young’s truck experiences.

“It’s cost effective because it means we have very little downtime from maintenance issues,” he says. “I can also plan a month in advance and give drivers a slot that suits them. We have a 100% hit rate on maintenance for the past two years.”

Such control and flexibility has dramatically reduced downtime by using a while-you-wait service rather than relying on courtesy vans. In 2006, operatives wasted up to 1.5 hours removing equipment from their van to put onto a replacement van, repeating the process after the service. The while-you-wait service takes no longer than 1.5 hours!

“Once you have the right people and providers in place and they know their job, it’s only about arranging bookings,” Young says. “I put the infrastructure together and communicated it with drivers. It’s not a big burden on my time; it’s about the clever use of resources. We use our own before we have to use other people’s resources.”

He adds: “You have to make sure the contract is right for your business. For example, we have a no-quibble tyre policy; we are never charged for individual punctures because we pick up a lot.

There’s a charge within the maintenance part of the contract but it proves to be to our advantage.”

WDH also has an open pooled mileage policy with no excess “so we don’t have to amend contracts midway through”. Vehicles generally come in below the contracted allowance which results in a credit when the vans go off fleet. WDH carried a 250,000-mile credit from 2010 into this year.

Vans are replaced every four years to enable the organisation to take advantage of engine developments which improve fuel efficiency and reduce CO2 emissions, in addition to advances in safety technology.

Following the tender process for the second vehicle renewal programme, WDH switched from Ford to Citroen for its vans. The reason? Price and a fleet reduction/downsizing strategy initiated by its telematics system (see panel).

“We identified where our vans weren’t being utilised and made changes to our working practices to increase efficiencies,” says Young.

The Dispatch was a key model as it sits size-wise between Transit and Connect, making downsizing from a large panel van easier.

All the changes and improvements made to the WDH fleet is paying dividends, and not just in reduced cost and enhanced productivity: WDH was accredited to the Van Excellence code of practice in July, the only housing provider to make the grade so far.

It’s a fitting testament to Young’s hard effort, but his take on the progress made is revealing.“I didn’t come into fleet management to satisfy myself,” he says. “I hoped that what I do impacts on others so that when I retire I can go away and feel that I’ve achieved something that makes a difference.”

Telematics was the deciding factor behind WDH’s decision to downsize its fleet.

A basic system was installed in 2006 which tells Young where the vans are and some driver information such as speeding. From that he has identified unnecessary journeys which resulted in infrastructure changes and ultimately paved the way for a reduction in fleet size.

“A lot of it was identifying vehicles doing very low mileage, for example 1,500 miles a year, where we looked at other options such as van sharing,” Young says.

Consequently the fleet now consists of 372 vans and four company cars, a reduction of 15% on last year’s number.

“If we had maintained the same fleet replacement cost in 2010 as we did in 2006, we would’ve had to have reduced the fleet size by 5% to maintain the same cost,” says Young.

Young has introduced a new policy of engagement and ownership with his drivers by allowing them to choose their own derivative, how much racking they need and the type of roof system. It turned out that for many drivers, a smaller van was more suitable.

“It has reduced our monthly lease and is saving us fuel ,” says Young.

“It has also reduced damage because drivers have greater ownership of their van – they look after it better because they’ve been given a say.”

End-of-lease damage costs have subsequently fallen from £500 per vehicle on average
to £200.