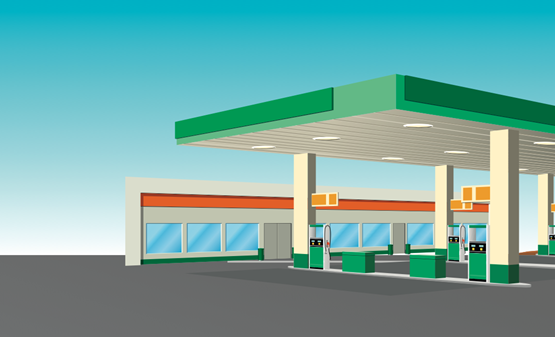 Diesel, so long the dominant force in the fleet sector, is a fuel under fire. Last year, worsening air quality in UK cities led environmentalists to point the finger of blame at diesel transport, highlighting the amount of NOx and particulate matter it produces. This forced the Society for Motor Manufacturers and Traders to fight back against this "unfair demonisation" with a campaign to highlight the environmental credentials of the latest Euro 6 engines.

However, the fuel suffered another blow in September when the Volkswagen Group emissions scandal broke. This saw the manufacturer admit that ‘defeat devices’ were used during NOx emissions tests to mask the true level of pollution produced by some of its diesel engines.

The controversy was swiftly followed by Chancellor George Osborne’s announcement that the Government would postpone April’s planned removal of the benefit-in-kind (BIK) tax 3% diesel supplement – handing the fleet industry an unexpected BIK and Class 1A national insurance bill for £1.36 billion over the next five years. 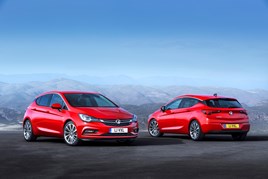 It is widely expected that the future of vehicles will heavily feature electrification, whether it is pure-electric or plug-in hybrid models: a KPMG survey published at the beginning of this month found that 79% of UK automotive executives believe that hybrid electric vehicles would be the powertrain of choice by 2030.

At the moment, though, they are held back through either their lack of suitability for fleets or the limited range of models available for choice lists.

However, with cars powered by the latest smaller-capacity turbo petrol engines offering lower P11D prices, NOx and particulate emissions than their diesel counterparts, as well as ever-improving efficiency, should fleets start considering petrol a viable alternative to diesel?

Running cost calculations figures suggest there is a case. Comparisons using the Fleet News online running costs tool show how competitive the smaller-capacity petrol-engined cars are against their diesel counterparts.

It found that, over a three-year/60,000-mile cycle, diesel was the "marginal" financially astute option for wholelife costs. “Fuel price volatility, reducing annual fleet mileage and improvements in the fuel economy of petrol-engined company cars mean diesel power may not always make the most cost-effective fleet choice,” says Simon Staton, director of client management at Venson. “However, all fleets are different and that means decision-makers should not always assume that the dominance of diesel as the company car of choice over many years should remain.” 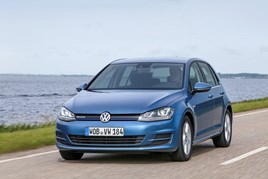 A recent Fleet News online poll showed a possible change in attitude. It found that almost two-thirds (64%) of respondents would consider replacing their diesel car with one of the latest small-capacity petrol-engined cars.

Another sign of fleets becoming more receptive to petrol models comes from Simon Hill, managing director of Total Motion, who expects half of his company’s customers to remove their diesel-only policies over the next two years.

Hitachi Capital Vehicle Solutions has seen one of its largest customers add additional petrol models to choice lists as a result of the diesel supplement U-turn.

“Wholelife cost is still the ultimate deciding factor,” says Suzanne Phillips, national fleet consultant at Hitachi Capital Vehicle Solutions. However, with fleets looking for cost savings, any improvement in wholelife cost of petrol is not significant enough over a diesel engine to drive real change.

“Wholelife cost has also become a key factor for perk drivers who are becoming more savvy when researching a new car," adds Phillips. "But this has resulted in the adoption of other technologies aside from petrol engines.”

“The move by some large corporates to add petrol back into the mix is a good representation of the market: petrol can be considered a credible alternative to diesel.

“However, given the choice, fleets don’t appear to be moving away from diesel engines in favour of smaller-capacity petrol engines any time soon.”

Manufacturers confirm this is the case.

“We’ve had a lot of interest in terms of fleets wanting to assess our 1.0-litre turbo petrol – more than we would normally have expected for a petrol engine – but the truth is that, so far, registrations are no more than we would have expected, so it is still very modest,” says Paul Adler, fleet marketing and motability manager for Vauxhall. “However, there has been lots of discussion and lots of praise for the 1.0-litre engine in terms of driveability.”

Ford reports a similar experience with its 1.0-litre Ecoboost engine. “Ecoboost has certainly put smaller-capacity engines on the shopping list of customers, including fleet buyers, since its introduction in 2012,” says a Ford spokesman. 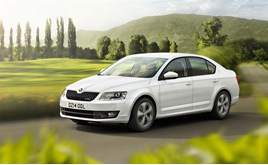 “The key effect has been with smaller family cars, especially Fiesta where it now accounts for 50% of sales. There has been less of an influence in larger vehicles and CVs where diesel engines remain a default option.”

Last year’s FN50 listing of the country’s 50 largest leasing and contract hire companies reported that 73% of risk fleet cars were diesel, with 23% petrol.

The research also found that petrol cars made up 20% of new car orders, meaning there was no significant rise for most companies over the previous year.

“One important factor to bear in mind when choosing diesel is the increasing use of diesel particulate filters (DPFs),” says Matthew Walters, head of consultancy services at LeasePlan.

“In mixed driving, these filters work fine but, if your driving is mainly town-based, you should think carefully before buying a DPF-equipped car. A diet of low-speed urban motoring will clog DPF filters.”

“The public sector has been 'switched on' to the cost benefits of petrol versus diesel for many years, with petrol making up 30% of our car fleet,” he says.

“We have begun to see interest changing. As the additional costs associated with diesel cars rise and their environmental impact is noted, fleet managers are becoming more aware of the possibility that other vehicles such as electric or hybrid can be considered.”

One factor potentially restricting the uptake of smaller-capacity petrol engines is the continuing development of electrified powertrains.

“Small capacity petrol engines are under pressure from technology such as hybrids and electric vehicles,” says Carlos Montero, commercial director of FleetEurope.

"For vehicles operating predominantly in an urban environment, an EV could be a more suitable solution. In the same vein, hybrids can offer all the benefits of an EV without the drawback of limited range.”

John Pryor, chairman of ACFO, says the increasing range of fuel options could mean that fleets operate a vehicle mix that includes diesel, electric and petrol.

“All decisions related to vehicle choice should be based on total cost of ownership/wholelife cost data while always taking account of the operational requirements of each individual vehicle,” he says.