In the spotlight: ALD Automotive 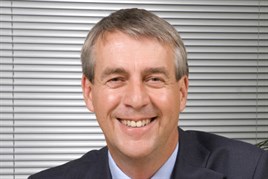 The FN50’s three wholly bank-owned leasing companies have all appointed new UK managing directors this year as the sector adjusts following an extended period of merger and acquisition.

But while Arval and Lex Autolease have turned to their banking divisions for recruitment, ALD Automotive has appointed a leasing expert from within its own ranks.

Mel Dawson has been with the contract hire business for 16 years, dating back to when it was BCH Vehicle Management, latterly as sales director

Before that he spent 11 years at Ford Credit: leasing courses through his veins.

He was part of the team that established ALD’s current strategy three years ago; his objective now is to continue the growth trajectory. And, at the half-year stage, the fleet is up just shy of 20,000 units year-on-year.

Dawson’s appointment sent the rumour mill into overdrive once again: the bank-owned leasing companies are forced to routinely rebuff speculation that they are up for sale, speculation which intensifies when the likes of Royal Bank of Scotland (RBS) exit the sector.

Ironically, ALD took on much of RBS’s defunct Lombard Vehicle Management leasing contracts after signing a five-year contract with the bank last year to provide leasing services to its customers.

Nevertheless, some of the more persistent gossip contends that Dawson was appointed by its French parent Société Générale merely to ready the business for sale.

He’s heard it all before and there’s a hint of weariness in his voice as he responds yet again to the speculation.

“ALD is defined as a core business within Société Générale’s strategy and it is keen to see us continue to grow,” Dawson says, earnestly. “It’s a positive message from our parent.”

Certainly the level of investment SocGen is putting into ALD across Europe indicates a certain level of commitment to the business. It runs to many millions of pounds.

However, the rate of expansion will start to slow after a three-year period which saw the fleet accelerate from 47,000 to 92,500 vehicles, of which 6,500 are fleet managed only.

SMEs have accounted for much of the growth as ALD reaped the rewards of a strategy which began with the development of an online quoting system in 2000.

“What we did in the early days was to recognise that the internet and the ability to transact online would create opportunities. Therefore we had to invest to create those capabilities,” Dawson says.