In the spotlight: Arval 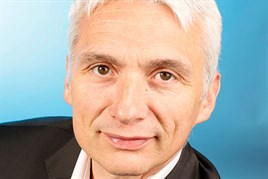 Arval has a new man at the helm and Benoît Dilly summed up his key objectives for the business with one word: growth.

However, Dilly is targeting a 7-8% market share and believes the time is right for the business to build on recent successes.

“We have a strong business model here and we think we can make it bigger,” Dilly told Fleet News in his first UK media interview.

“Will that be organically or through acquisition? It’s probably not relevant at this stage, but anything will be considered. We are ready to grow.”

Dilly replaced Bart Beckers at the beginning of September and his strategy is simple in its aims, but sophisticated in its methodology.

Single-function, task-driven teams are being abandoned in favour of a way of working that originated in Japan and is finding a new home in Swindon with a Frenchman at the helm.

“The impact in terms of positive service delivery will be massive for our customers,” says Dilly.

“We are putting together all the tasks and knowledge on one site, around one table, and saying you are responsible for managing that group of customers from quotation to end of contract.

“We believe that by putting people together in this way it is much more customer focused, rather than saying you are the order and delivery team for everyone and the customer is a number. It doesn’t work.”

The idea has its roots in Japan where forward-thinking companies, including some carmakers, have developed structures where cells of workers combine in ‘quality circles’ to take responsibility for the continuous improvement of production activities.

This leads to the minimisation of waste and the maximisation of high-quality outputs, and is referred to as the ‘kaizen’ approach; taken from the Japanese word for ‘change for the better’, or ‘improvement’.