In the spotlight: Citroen 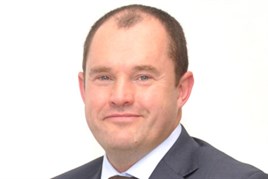 Not so long ago many people would have scoffed at the idea that Citroën was cutting-edge. Some people still might.

But Citroën’s fleet director Martin Hamill is confident about using the expression, particularly in relation to the brand’s new crossover, the C4 Cactus.

The car, based on the Cactus concept which was on display at the 2013 Frankfurt Motor Show, was recently unveiled.

Drivers will be able to choose contrasting or complementary colours for Airbump depending on the exterior colour choice.

Peugeot-Citroën’s new range of Blue HDi engines, which offer sub-90g/km CO2 emissions and close to 90mpg on the combined cycle, will also be available.

Hamill believes the Cactus will appeal to both retail and fleet buyers and, together with the new C4 Picasso, will grow Citroën’s sales volumes – although the full benefit of Cactus’s sales won’t be felt until 2015.

He expects the brand’s car fleet market share to increase from 3.84% to around 4.5% over the next three years.

“It would be unrealistic for me to say we will grow 1% year-on-year because the reality is every 0.3% or 0.2% growth you achieve is something to be celebrated,” says Hamill.

“Achieving those numbers was great but it was about how we achieved the growth,” he says. “We had really solid growth in all of our primary sales channels.”

“If you interrogate our SMMT figures, as a percentage of our overall fleet sales we’re one of the lowest in terms of our exposure to national daily rental ,” says Hamill.