In the spotlight: Fleet Operations 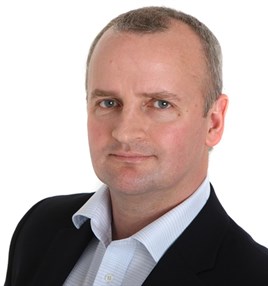 ‘Innovation is severely lacking in the leasing sector’ - that’s the forthright claim of Fleet Operations managing director Ross Jackson. He tells Stephen Briers how he hopes to change that.

Ross Jackson echoes the views of other leading industry experts, such as former Lex managing director Jon Walden, now chairman at Zenith Leasedrive Group, who recently told Fleet News: “In recent years, the amount of innovation, with one or two exceptions, has been worryingly low.”

Jackson, managing director of Fleet Operations, says the industry has seen little evolution over the past decade.

This period has seen companies expand beyond funding to offer services such as accident and fuel management, technology has advanced and tax has changed, but the main principles related to the supply of funding remain the same.

“Leasing companies do a lot to keep customers but they can do more,” he says. “There is a lack of transparency and that is what we try to bring to customers by managing projects and showing them what the world looks like.”

But it’s not just the leasing sector that is slow to evolve: many fleets remain wedded to policies that are potentially out-of-date, he adds.

“We go through their processes and understand whether the picture today looks the same as it did when the previous decisions were made. It often doesn’t,” he says.

Jackson recognises that customer service levels are improving, but argues that leasing companies should not be charging “John Lewis-like” prices for the privilege.

“The process of vehicle funding and supply is commoditised and we commoditise it even more by standardising terms and conditions and evaluating what’s good,” he says.

“From a management perspective, we overlay cost, service and processes to create sole supply for the fleet with tiered supplier support below that. It’s true value with the best price on the day that wins.”

Savings come from two polar-opposite approaches: higher discounts by streamlining manufacturer partners or competitive pricing by moving from sole supply to multi-supply. Both result in contracts dealing with a maximum of three brands in most cases.

The mix of volume deals and competition for business enables the fleet to strike the right balance between choice and discount.

However, Jackson is at pains to point out two key factors: Fleet Operations does not believe in replacing a traditional fleet manager and the company is not constantly at loggerheads with leasing providers, despite his straight-talking.

“We take fees only from the client, not the leasing company . It’s more ethical and increases transparency,” he says.

“We also want clients to be involved in quarterly meetings with leasing companies so they can understand where the opportunities are to win more business by shaping their prices to meet the fleet’s needs.”

Fleet Operations has a number of internal rules that it believes promotes transparency, such as not putting more than 45% of its business with any one leasing provider.

It also does not recommend that fleets switch suppliers on a whim. “We tend to look at suppliers within certain tolerances because the pain of changing can be great. is not the way it should be done,” says Jackson.

He adds: “We also advise on in-sourcing as well as out-sourcing: we had two customers where this was the best option. They had good teams operating at a good level, they just needed better systems. Why take something away that is working well?”

Jackson points to the cost-benefit equation when making these types of decisions. Outsourcing would have cost both companies more money in the short-term, although the benefits would’ve been achieved more quickly.

“On balance it was better for them to keep the fleet operation in-house,” he says.

The lease versus purchase analysis is one of the most commonly requested services. And if an organisation has the cash, then purchasing often works out as the best option.

Factors to consider include the type of industry and internal cost of funds. If it’s 2.5% or more, the balance tips in favour of leasing. “There isn’t a right answer that suits everyone but we take an impartial view; we don’t have a vested interest,” Jackson says.

He believes one of the greater areas of weakness among fleets is management of policy. Many companies set up their policy and manage vehicle choice but fail to review process, such as accidents and ongoing cost.
“A full-time fleet manager should do it but some don’t perform at the right level, mostly because they aren’t trained,” Jackson says. “They have insular views of their existing partners and the effort required to change is something many companies struggle with.”

Four in 10 Fleet Operations customers have a fleet manager; many of the others tend to be handled via procurement.

“We don’t take jobs from fleet managers, but we can take the role of one if the company doesn’t have one,” Jackson says. “We still see a reduction in the number of fleet managers although the rate is slowing. They are seen inaccurately as a luxury these days but if you have a fleet of a certain size – 250-300 vehicles upwards – you need to have one. If you look at costs and savings, a £2 million fleet can easily become a £3m fleet if it is badly managed.”

He adds: “We love fleet managers and we can be instrumental in keeping them in post or even getting one appointed.”

Since it moved into fleet management seven years ago, Fleet Operations has grown steadily to manage 10,000 vehicles in the UK. It is now looking at a period of more rapid growth.

Jackson puts the target at tripling the fleet size within five years, with the bulk of growth coming from the managed vehicle operation rather than consultancy.

The company has also had a presence in mainland Europe since 2009 under its EuroFleeting brand and currently crosses borders in 14 countries. It has more than 45,000 vehicles under management.

The philosophy remains the same irrespective of market: to help companies save money.

“There is a cost to using us but all our clients see at least a two-to-one return,” Jackson says. “Some clients are seeing eight times returns.”

However, not all companies are maximising the opportunity to save money; many are happy to trundle along as long as budgets do not rise.

Part of the reason is fleet managers’ inability to drive change, either through their own shortcomings or the shortcomings of the people around them.

“They don’t see it as worthwhile when it is,” Jackson sighs in a manner which suggests he has long since become resigned to the fact that fleet will be low on the board’s agenda at many companies.

“There are opportunities like that all the time where they debate things and then don’t do anything about it; they are happy for things to stay the same.”