In the spotlight: Infiniti 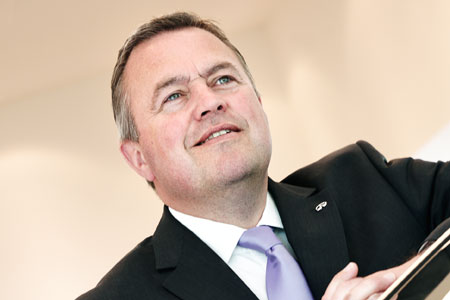 There was a fair degree of scepticism when luxury brand Infiniti launched in Europe at the height of the 2008 banking crisis.

“We launched a month before Lehman Brothers took its sign down from above the door,” says Tony Lewis, Infiniti director for Northern Europe.

“The world was in economic turmoil and we launched a premium brand. And we started with only petrol V6 and V8 cars.”

No wonder it raised a few eyebrows.

“We can understand the cynicism,” Lewis says. “But we wanted to establish our performance and there was no better way of doing it than with V6 and V8 petrol cars.”

Infiniti had only one centre (Reading) when it launched in the UK, but promised to open five more in London, Birmingham, Manchester, Leeds and Glasgow so that the spine of the country would be covered with standalone Infiniti centres.

It also brought out diesel variations of the FX, EX and M, followed by the M hybrid.

“We delivered on everything we said we would and the cynicism had to go away,” Lewis says. “Many people have said ‘Okay, I can buy into this now ’.”

Another leap of faith is required though as Infiniti is planning a dramatic growth curve over the next few years.

The objective is to capture 10% of the global luxury car market by 2016.

Last year it sold 560 cars and Lewis is aiming to up that to 600 by the end of the financial year.

“We’re in line with our business plan,” says Lewis. “We’re not risking anything. We’re making sure we’re selling the right cars to the right people that do the right job.”

“We appeal to a new entrepreneurial, self-made customer base at the moment,” Lewis says.

But if the brand is to reach its 2016 sales target it must raise awareness.

The biggest issue, according to Lewis, is people defaulting to premium brands they are aware of, have previously aspired to or have already had.