In the spotlight: Mazda 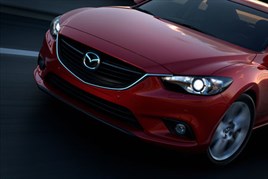 Last year Mazda set out an ambitious growth plan to hit 2% market share in fleet by 2013, equivalent to around 20,000 sales.

By the start of this year, those forecasts had been downgraded as the company recognised that it needed to embark on a re-building exercise.

Market share in true fleet is marginally better, at just over 1%, but year-to-date sales are down 49% here, too; Mazda has lost 3,125 sales to fleet in the space of a year.

There have been mitigating circumstances: the March 2011 tsunami saw the carmaker lose three months of production, which equated to a £300 million fall in global profits.

Exchange rates have not helped. Three years ago there were 245 yen to the pound; today it’s 122.

“We have had a tough time with exchange rates over the past couple of years,” says Peter Allibon, Mazda UK sales director.

“However, what’s important is we’ve planned this next year at an exchange rate of 115 yen, which will help us enormously.”

Uncompetitive CO2 figures have seen the company jettisoned from some fleet choice lists, but Mazda anticipates a recovery on the back of the much-vaunted Skyactiv technology.

“There’s relief and excitement at what this new technology brings,” says Allibon. “It’s a new era for Mazda.”

Skyactiv to feature on six models by 2015

Mazda chose the all-new CX-5 to showcase this technology with the choice of two new engines with three power outputs.

For fleets, the 150bhp manual, two-wheel drive 2.2-litre Skyactiv-D with CO2 emissions of 119g/km and fuel economy up to 61.4mpg on the combined cycle is the obvious option.

But both Allibon and head of fleet Steve Tomlinson recognise there will be limited appeal among fleets.

The CX-5 is the first of six cars due to benefit from Skyactiv technology over the next three years.

They include the next-generation Mazda6.

“Key priorities for us are to concrete the end user relationships we currently have and familiarise them with CX-5 and with Skyactiv, because this is the starting point for Mazda’s re-birth in fleet,” says Tomlinson.