In the spotlight: Mercedes-Benz Commercial Vehicles 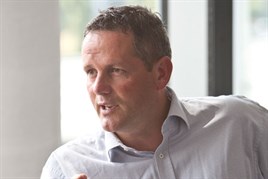 “Most of our rivals rely on the car breakdown services such as the AA and RAC to recover their vehicles and while they do a good job and usually turn up within an hour, they mostly tow vehicles to the nearest dealer to be repaired and then the owners might have to wait while cars that have been booked in already are serviced,” he says.

“Our dedicated breakdown men have diagnostic gear and spare parts in their vans and they guarantee to turn up within 53 minutes and manage to fix 90% of breakdowns on the roadside.

“That is what fleet operators really want – to get back working as soon as possible.”

There is also work going on behind the scenes that van operators won’t see, but the result will be an even better standard of dealer service.

Lawson and his team of 10 have launched a programme called VanPro, in which each UK dealer is visited in turn and every single aspect of the service offered to customers is studied in detail.

If any area is felt to be lacking or sub-standard, the team works with the dealer to improve it.

Lawson says: “All our dealers have signed up to VanPro and we believe that the improved service will help to keep existing Mercedes-Benz customers coming back for more and help those who don’t presently buy our vans to try them.”

While Citan should help to swell the ranks of Mercedes-Benz fleet clients, Lawson still sees the Sprinter as the mainstay.

The van has won the Heavy Panel Van of the Year award every year since the inception of the Fleet Van Awards in 2008, and it accounts for more than 70% of total sales.

The facelifted Sprinter has a new front end with extra deformable plastics that will mean fewer pedestrian injuries in the event of a crash (and cheaper repairs), a new steering wheel and seat fabrics that are promised to be more robust, an optional Becker Map Pilot system that is a third of the price of the old Command system at £700, and upgraded engines that will conform to Euro6 emissions standards, which are not due to come into force until September 2015.

Euro5 variants will also be on offer.

Fuel economy figures promise to be best-in-class at up to 42mpg.