In the spotlight: Motiva 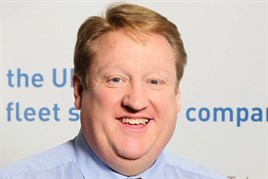 Privately-owned contract hire provider Motiva is targeting a place in the top half of the FN50 within the next four years.

It currently sits at number 31 but group chief executive Peter Davenport believes it can double its contract hire fleet size to around 7,000, which would potentially lead to 24th spot.

“It’s a bit easier for us than some of the bigger players because that growth is from a fairly low base,” Davenport says. “Doubling it is not a massive number.”

He acknowledges that the recession caused Motiva’s fleet to shrink but that has now turned into an advantage as it means the company is better resourced for growth.

“Our resources will see us through the next two years,” he says. Beyond that, the sales team will expand to enable more potential clients to be approached.

Growth will be organic rather than through acquisitions.

“If we went and bought another provider I wonder whether it would take the focus off winning customers,” says Davenport.

“Our plan is to win customers through offering a good bespoke service and growing our business as their fleets grow as we come out recession.”

Despite the funding constraints facing some in the leasing industry, Motiva has secured “ongoing funding streams” which gives it “ample headroom” to grow its risk fleet.

Motiva’s customer base ranges from fleets of 10 to 400 vehicles, but typically its customers have 50 to 200 vehicles.

“I think to some degree those fleets have been neglected by the bigger boys,” Davenport says.
“There has been a bit of a shift. The big players would have been dealing with 50-plus fleets but now most of their focus is on fleets of 100-plus. That gives us opportunities to pick up fleets of 50-100.”

The advantage of choosing a smaller independent contract hire provider like Motiva is customer service, according to Davenport. “If we didn’t deliver something to a customer it would end with me,” he says.

“We make sure we can deliver what we promise. That’s much easier for us to do because we’re smaller. We have a much shorter decision-making process.”