In the Spotlight: RAC Business Services 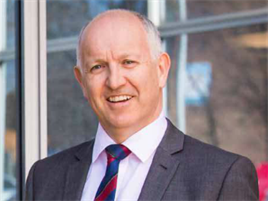 Ever since its foundation in 1897, the RAC has been developing motoring services – from introducing roadside emergency telephone boxes in 1912 to operating one of the world’s most advanced roadside assistance software systems today.

It serves seven million members and its 1,700-strong fleet of patrol vehicles can expect to attend 2.5 million rescue breakdowns every year.

The business is performing well. In its latest financial update it reported that individual and corporate breakdown members had increased, the number of insurance customers was also up by 11%, while the share of non-breakdown revenue had risen to 12.4% from 11.5% in 2012 and 10% in 2011.

However, the RAC wants to be more than just a breakdown provider. Within the past year, it has launched its own fuel card offering and telematics device, and increased its focus on the fleet market.

David Aldridge, RAC Business Services director, says: “When we start talking about the RAC and where we’re going strategically, it’s about data.

The RAC has set its sights on the SME sector where companies are operating 50 vehicles or less. It already has 21,000 SMEs on its books, collectively operating in the region of 160,000 vehicles, and estimates the sector operates a total of between three to four million vehicles, providing it with the perfect opportunity to expand its services.

However, the RAC also recognised this was an area of fleet management which was often defined by a part-time role, despite the full-time responsibility it demands.

In response, it has created a free, online fleet management tool, developed by technology company Fleetondemand and called the Business Club, which it ‘officially’ launches today.

Sound familiar? The RAC unveiled its Business Club initiative 12 months ago, but then its fuel card was the only story. Both were launched earlier than scheduled as the RAC sought to capitalise on the problems experienced by established fuel card provider Allstar (Fleet News, March 21, 2013).

The RAC wanted to get its fuel card to market, but the fleet management tool still needed to evolve, which has been achieved with the greater functionality offered by the number of services the RAC now provides.

In fact, its aims and ambitions are not too dissimilar to those of Allstar parent FleetCor in wanting to generate additional revenue streams. While FleetCor is aiming for its fuel card to be the route to market, the RAC is pinning its product portfolio on an online fleet management platform.

From now on, any new business customer that joins the RAC through breakdown, telematics or its fuel card automatically becomes a Business Club member, and its existing customer base of 21,000 SMEs will be invited to register within the next two weeks. For businesses that do not take one of these products, the cost of becoming a Business Club member is 50p per month, per vehicle.

It’s a development that will transform the RAC into a proactive fleet management provider, says Aldridge.
“When you’re a breakdown provider you’re often perceived to be reacting to a situation,” he explains. “What we’re really keen to do is to try and move things towards a much more proactive dimension.

“Delivering management tools like this enables us to offer a much more proactive service. That reduces cost and drives up customer satisfaction, and that’s where we’re trying to take the business. Getting into more data-based areas like telematics, like the Business Club, helps.”

The Business Club platform is intuitive, smartphone and iPad enabled, and based around a homepage that includes a series of icons denoting key areas of fleet management. Below sits a summary of headline information.

It is pre-populated with existing customer information and the RAC provides a bulk upload service for new vehicle data.

Click on an icon, such as the one for fuel, and you can access an extensive range of management information. The data can be interrogated and dispensed via a mixture of graphs, pie charts and text offering SMEs a blue chip level of insight into the running of their fleet.

Functionality of icons is applicable only to the fleet services the RAC provides. Fuel card data will be accessible only if the card is supplied by the RAC, the same for telematics. 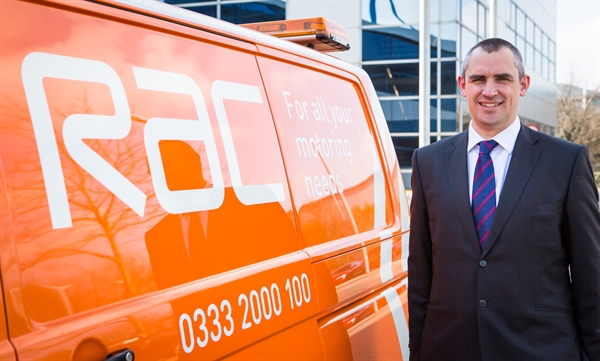 Head of operations Dan Sparks says: “We’re directly linked to all of the fuel card transactions through our cards and we just wouldn’t be able to pull the data from another fuel card.”

However, customers will be given the opportunity to upgrade to other RAC services, such as the fuel card, via the online platform. Sparks says: “The way in which the system works across our three core products – fuel card, breakdown and telematics – is vehicles ‘with’ and vehicles ‘without’.”

The system, which is vehicle-based, enables users to upgrade by clicking on the appropriate icon and typing in the last four digits of the relevant membership card. Upgrade to the fuel card option and as soon as that card is verified it can be used to pay for fuel.

Meanwhile, tyres can be booked through the system thanks to a partnership with ATS, servicing and repairs are offered through the RAC Approved Garage Network, windscreen repairs via Autoglass and vehicle hire delivered by Fleetondemand.

Further functionality will follow in the next few months, with the dashboard carrying an alerts service to be the next development. It will be followed by a licence checking product, a vehicle leasing service and a hotel and train booking option.

Aldridge believes the branding that positions the RAC as the ‘motorist’s champion’ is reflected in what the Business Club offers. He says: “We’re going to do our level best to deliver customers the best possible value that they can get in the marketplace, without having to be with one of the large leasing or fleet management companies.”

If customers are not choosing to order their tyres or replacement glass via the system, Aldridge says they will negotiate with suppliers to try and make the offer even more attractive to fleet operators.

However, this isn’t just a fleet management tool for the SME market. Aldridge recognises that it can do a job for the larger fleets too.

He says: “There is a large number of customers that have more than 50 vehicles – in that mid-market space – who are very interested in the Business Club fuel card, for example.
“If we’re getting a call from a customer with 8,000 or 400 vehicles, it doesn’t matter. The tool isn’t limited to 50 vehicles, it can handle as many as requested.”

A number of larger customers have already signed up to the service and Aldridge and Sparks expect more to follow.