In the spotlight: Venson Automotive Solutions 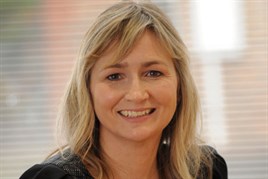 Nestled in a quiet Surrey village, in an anonymous red brick building opposite the local post office-cum-convenience store, sits one of the UK’s largest contract hire and fleet management companies.

Independent-owned Venson Automotive Solutions moved to Thames Ditton in 2006 from its old site in Esher.

It marked a clean break for the company following a change of holding company and a court case with a major shareholder. But it also prepared the way for a sustained period of growth.

Back then Venson had a risk fleet of 8,143 vehicles; today it funds 10,408, split evenly between vans and cars, plus another 3,000 vehicles on fleet management, making it the 18th largest leasing company in the FN50.

The company, which celebrates its 20th anniversary this year, has already expanded into adjacent buildings, dominating the mini office complex.

But contract hire and leasing is only part of the Venson story; the business has several strings to its bow which makes it, in the words of managing director Samantha Roff, “a service company, not a funder”.

She adds: “We do everything from motorcycles to fire engines and leasing to a full management package, including doing physical maintenance ourselves.”

Sitting alongside the fleet management business is a specialist arm which funds and maintains bluelight vehicles for the police and ambulance services.

Its priority is to ensure vehicles get back on the road as quickly as possible; the resulting investment in IT systems and processes also benefits Venson’s corporate customers.

The company operates three workshops, each catering for a particular fleet service.

The Nottingham site is contracted exclusively to Nottinghamshire Police which outsourced its entire fleet management needs to Venson in 2001 on a 25-year PFI (Private Finance Initiative) contract.

A workshop in Hessay, Yorkshire, accommodates an ‘Equip to Service’ business which offers a cradle to grave conversion service for everything from lightbars to cranes; most customers’ vans require a re-fit to some extent.

Accredited with type approval, the facility “stops just short of coach-building”, according to Roff – although that has not been ruled out as a future development.

It also has two full-size ovens for accident repair and a couple of mobile response units.