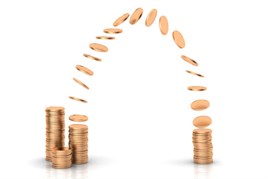 Driver communication could include a Q&A hand-out (for example, ‘why are you moving from company A to company B?’ and ‘what does it mean for me?’) and a list of phone numbers to call in what circumstances (for example, who to phone to get the vehicle serviced). This information could also be provided on the company’s intranet.

Jenner says that the new leasing provider should help with driver communication. GE Capital Fleet Services will write the Q&A for its customers, for instance.

Muir adds that it shouldn’t just be a one-off communication.

“It’s a continuous message,” he says.

A drop in service levels is the main reason why fleets switch leasing providers, according to a recent Fleet News survey.

One respondent, who asked not to be named, is currently changing providers as she is “unhappy with the service”.

“A vehicle went into a garage and we weren’t informed,” she says. “It was still in the garage two months later and our leasing provider expected us to pay the contract hire rate for the time it was off the road. We lost confidence with it.”

She also feels that her current provider is not proactive. “We meet regularly to review the contract but it doesn’t offer any added benefit,” she says. “It should work with us to come up with ideas about how the fleet could be run better.”

Getting a “better deal” is the second biggest reason companies switch providers.

David Currier says: “Companies are looking for an organisation that has the ability to drive the cost out today, tomorrow and in the future. It’s not necessarily cheaper rates per se.”

For public sector fleets, switching providers can be a common occurrence. Some central government fleets choose the leasing provider for each batch of vehicles through e-auction.

If they go to e-auction several times a year they will potentially get a different leasing provider each time.

Local government fleets also utilise framework agreements, which can lead to having more than one provider.

“They supply in different ways,” he says. “Some have area account managers, others don’t and are office-based. Some I have never met but I don’t necessarily need to if it’s just one of two vehicles; the contact can be done through email.”
As James runs a fleet of 54 vehicles he believes it’s not a big issue to manage different relationships. 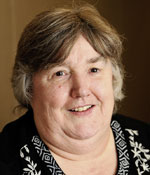 Musgrave, which has a fleet of 225 cars, changed fleet management providers in 2009 due to customer service issues.

“Our provider was doing a lot of restructuring and the service suffered,” says fleet manager Linda O’Hara.

“It was lots of silly little admin mistakes, but they all added up to cause us a lot of grief.”

The errors included not invoicing correctly, having vehicles on the system that were no longer on the fleet and missing documents.