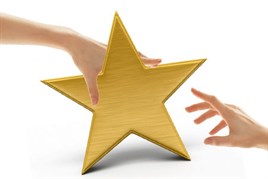 However, rather than rely on incentives alone, a carrot and stick approach needs to be adopted.

“Companies should ultimately be seeking long-term cultural change within their business, the aim being for attitudes towards vehicle damage to alter permanently,” he says.

“Peer group pressure is far more powerful than a few extra pounds in one’s pay packet or a prize at the end of the year and the carrot and stick approach, combined with a high-profile internal communication campaign, should be used to achieve sustained change,” he says.

The stick in this scenario can be a zero tolerance for any collision so that all prangs result in paperwork, investigation and cost-sharing.

Finally there is the psychological incentive. Encouraging drivers to see road safety as a life skill which will translate into their personal lives and protect their loved ones can be a powerful motivator in its own right.

There have been few studies into the effects of incentives upon driver behaviour, but there has been illuminating research into the role of incentives in changing behaviour more generally in the workplace.

Some of these points are taken from a 2012 study called Behavioural Economics and Psychology of Incentives by Emir Kamenica, professor of economics at the Booth School of Business in Chicago.

Some key things to remember are: