Mitsubishi has gone through an image change in the past few years. It was once synonymous with the L200 pick-up truck, but now the company is firmly focused on the SUV market and developing its plug-in hybrid powertrains.

Six years ago, two-thirds of all Mitsubishi fleet sales were pick-up trucks with fleet sales totalling around 3,600 units – just 21% of the company’s total registrations.

However, all this changed in 2013 when the Outlander PHEV was launched.

“Much of our fleet business was with specialist users. We did a lot of work with operators like Highways England and the Environment Agency, basically people who needed a vehicle to do a job.

"It was small volume but high profile and involved quite a lot of intricate builds.” 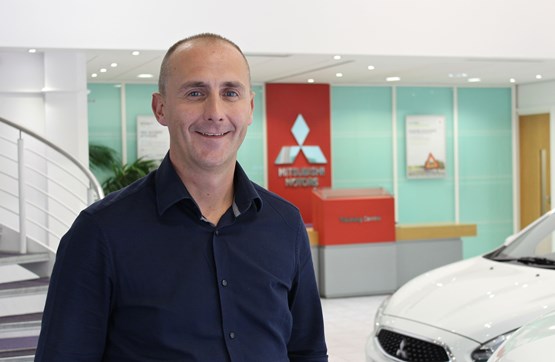 Specialist conversions were propped up by the standard pick-up truck that was of interest to small businesses. As the pick-up market grew, Messenger says the SME demand went hand-in-hand.

“We had a product for which there was a demand through fleet. The rest of our product line-up at the time didn’t really lend itself to traditional types of fleet,” he explains.

Outlander PHEV gave the business an opportunity to rethink that strategy. But it meant the company needed to make substantial changes because the main focus had been on retail and not on fleet.

The first thing Messenger did was invest in more people; at the time, Mitsubishi’s fleet sales team consisted of just three people. It has now grown to seven.

“Interestingly, while Outlander PHEV gave us the chance to embark on that growth it isn’t responsible for all of our growth in fleet,” Messenger says.

It became a halo car, raising the profile of Mitsubishi with fleet operators and retail customers alike. The model now accounts for 35% of total sales in the UK.

Messenger says: “Outlander PHEV has significantly increased our volume but it’s not the be-all and end-all. It’s just allowed us to grow our awareness and grow our volumes all over.

“It’s a halo product. It gives us the opportunity to talk to people who may not have wanted to talk about models like the Outlander diesel or ASX before.”

Fleet now accounts for 41% of Mitsubishi’s sales, and the company expects this proportion to remain stable moving forward.

Messenger says: “I would expect that now we’ve achieved that more ordinary mix, it is the type of mix that we will continue with.

“While we have grown in fleet and it has become much more important to the business, there is still an acceptance and appreciation that retail is the most significant part of our business.

"We won’t do anything to switch to say all of a sudden that everything is done via fleet. Our dealer network is very important to us and we will always work to protect that.”

Part of this volume is likely to come from the new Mitsubishi Eclipse Cross which launches early next year and gives the brand a chance to compete in the lucrative crossover market.

In October 2016, Mitsubishi Motor Corporation was acquired by the Renault-Nissan alliance.

Messenger is confident the Renault-Nissan deal will have a positive effect on the business in the UK, which is owned and operated by private firm, The Colt Car Company.

“We probably won’t see any impact in terms of products for two or three years but what we have started to see already is things like decision-making speed up and improve.”

With Carlos Ghosn at the helm, the Renault-Nissan Alliance has become a world leader in electrified powertrains.

Messenger hopes the synergy with Mitsubishi’s plug-in experience will lead to a suite of new, alternative fuel cars across the brands.

“We now have access to a whole plethora of drivetrains and platforms. We bring the plug-in technology and they bring the electric technology,” says Messenger.

He sees a lot of opportunity for alternative fuel cars from the recent focus on air quality concerns and NOx emissions.

“The challenge has been persuading some of those holding more traditional views to convert and get away from that ‘diesel is king’ mind-set, which is why we’ve got a real opportunity right now.

“We’ve had success with PHEV for the past three years but actually we’ve got another opportunity now. The plug-in market grew 47% last year, so it’s still growing.

“Plug-in technology has real potential in the city,” he says.

“We started to do Outlander PHEV as a commercial vehicle. It’s ideal for small business in London doing less than 30 miles a day in start-stop traffic.

“Electric cars are the future, but in the interim the infrastructure isn’t there and the technology in the cars isn’t there yet. People haven’t got confidence in it.” 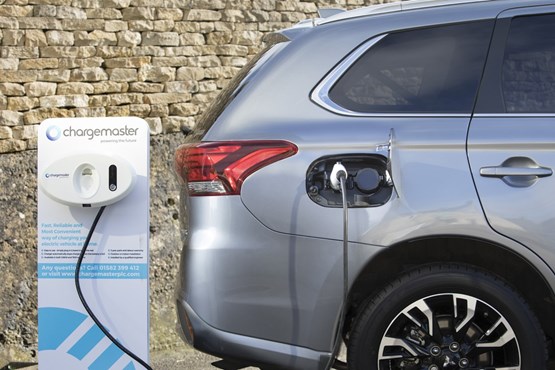 Messenger thinks plug-in hybrids are a good transitional vehicle because they get people used to plugging their car in before switching to a fully electric vehicle.

When Mitsubishi launched Outlander PHEV, the diesel version was the same price when taking the Government’s ultra-low electric vehicle (ULEV) grant into account.

Recent VED changes have also impacted on the car, adding a £310 supplement to the annual tax, due its list price exceeding £40,000.

“In the first year, we sold 10,000 Outlander PHEVs. In 10 months, we effectively took the UK plug-in market from 191 vehicles to 10,000. It just proves that if you don’t charge people a penalty for being green, they will be,” Messenger says.

Despite this he believes the bigger challenge for the corporate side of the business is guaranteeing residual values so fleets have the confidence to invest.

Messenger says: “We kind of created the plug-in market for new cars three years ago. Over the past 12 months we’ve embarked on a programme to create a used market for plug-in vehicles.

“It’s all well and good selling the first car but then what happens to all the fleet and leasing companies that have bought all of those cars? What if they take them to market and there is no market for them?”

A nearly-new market already exists for plug-in vehicles but the next step is to create the three-year market.

Mitsubishi initially bought back a large proportion of the cars, but it recognies that now it needs to establish a true used market.

“Our dealer network will be integral; we are working on a programme creating local markets for three-year-old Outlander PHEVs,” says Messenger.

“What that will then do, in turn, is make sure there is a demand for buying these cars when they come off lease or off fleet which will then give those operators confidence that this is the right car in the first instance.”