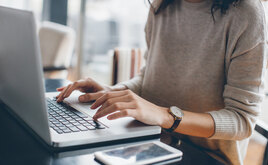 Online risk assessments are, for many fleets, an easy way to identify higher risk drivers that may be in need of further training. Fleet News has decided to test four products and see how we find the testing process and how the information received is managed.

Products by Peak Performance, AA Drive Tech, IAM Drive and Survive and E-training World were trialled, all offering a suite of services to help encourage safer and more economical driving. Online risk assessments forms part or all of the training and is used to identify areas where drivers need most development.

Tests took up to 30 minutes to complete and the number of questions ranged from 40 with E-training World to 65 for AA Drive Tech.

Peak Performance was the only test to ask fuel consumption-based questions, but also used psychometric analysis. Users are asked multiple choice questions based around driver attitude, but it was surprising to see the suggestion that someone excited by the sensation of acceleration and speed would be a potentially higher risk when driving a car on business, implying they wouldn't be able to differentiate between, for example, the hazardous conditions of driving on the road, and the controlled environment of rides in an amusement park.

It could be argued that this method of testing may be manipulated by the drivers and is not testing overall knowledge.

AA Drive Tech also includes some multiple choice driver knowledge questions that became quite repetitive. But we agree that including Highway Code type questions are important but greater variation might be needed. Unlike Peak Performance, AA Drive Tech includes hazard perception video clips in its assessment, but it is sometimes unclear what hazards you are and should be selecting.

We found IAM Drive and Survive to be the closest to the traditional theory test framework and the hazard perception tool was clearer and easier to use. Once completed, IAM produces a comprehensive report detailing what questions were wrong or right which was the best of the four. E-training world is very close to the theory test style too, it is also the only one out of the three that does not request information on your licence. This is an advantage as the overall risk is calculated from the test alone rather than factoring in the experience and age of the driver like Peak Performance and AA Drive Tech. The E-Training World assessment starts with an introductory video explaining why training is important and the benefits of e-Learning.

A second video introduces the hard introduction section, including a professional fleet driver who explains the process. However once the test is completed, it doesn’t tell you which answers were correct, which would have been useful feedback.

All four record information on a platform that enables the fleet manager to view the driver’s performance. We found Peak Performance to have good filtering system where you could drill down by grey fleet or company driver and then by risk level and isolated risk.

AA Drive Tech shows the company average, details of those drivers who have conducted the test on the assessment and e-learning or those in progress. But there is no benchmarking tool in place to be able to see how drivers measure up against each other. Similar is IAM’s MI system which holds all the results in a list that fleet managers would have to open separately to view.

E-Training World offers good feedback for each of the four stages, outlining how the driver performed and where the weaknesses are, all findings can be exported and filtered by risk only. An overall recommendation highlights the areas that need to be addressed with an overall risk rating which can be slightly vague in its assessment.

Peak Performance had strengths in its fuel consumption based questions and was the strongest of the four with its reporting tool filtering system, but we are unsure that a psychometric analysis of the driver produces the best overall view.

AA Drive Tech had a good testing process with detailed questions and hazard perception, the pop up box that tells you if you are right or wrong after each question and crucially, an explanation makes the testing process more informative for drivers. The reporting system needs a more detailed filtering system to make it easier for fleet managers to view and benchmark results.

In our view, IAM Drive and Survive had the strongest overall test and offers good feedback to drivers once completing the assessment, however the reporting tool needs more available benchmarking and filtering to make it useful to the fleet manager.

We found E-Training World to have a strong reporting system that could have delved into a little more detail. The testing process is thorough and is the best of the four in its communication to the driver throughout.