Particulate matter: Emissions not all about exhausts 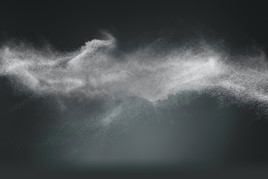 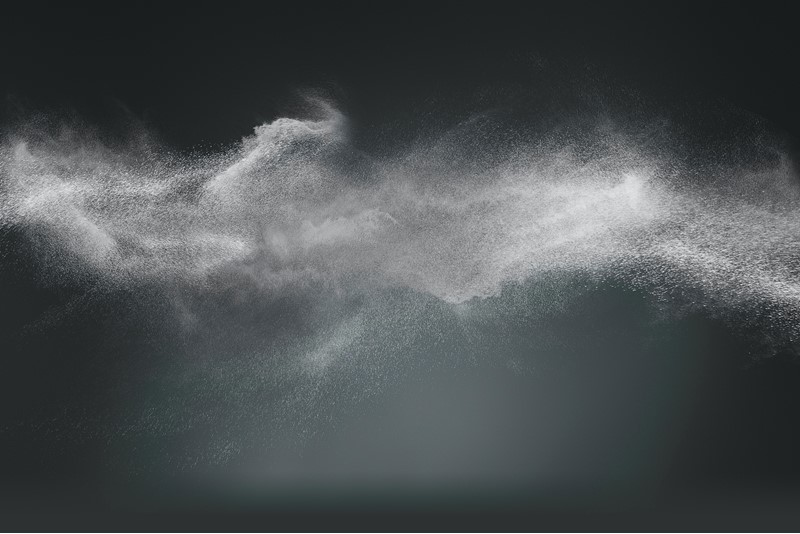 For many years, the focus on particulate matter (PM) pollution from vehicles has been largely on what comes out of their exhaust pipes.

However, increasingly stringent Euro Standards legislation has reduced these to the point that the Government’s Air Quality Expert Group (AQEG) estimates exhaust PMs are now lower than ‘non-exhaust traffic-related particles’.

And with the growing uptake of electric vehicles likely to accelerate this trend, the focus on non-exhaust emissions (NEEs) is increasing.

These are generated from sources such as brake, tyre, clutch and road surface wear, or already exist in the environment as deposited material which becomes airborne due to traffic-induced turbulence.

The AQEG says these directly contribute to more than half of particle pollution from road transport.

“It is estimated the non-exhaust component will increase in importance, growing from less than 8% of national emissions in 2017 to 10% in 2030,” it adds.

Non-exhaust emissions' impact on the environment

AQEG also predicts that if no measures to restrict NEEs are introduced, they will, by 2030, contribute to 94% of total UK road transport emissions of PM10 (particulate matter up to 10 micro-meters in size) and 90% of PM2.5

Half of all non-exhaust emissions occur on urban roads, owing to the greater braking per kilometre than on non-urban roads, while tyre wear emissions are estimated to be greatest on high-traffic trunk roads and motorways.

The risks to health of poor air quality have been well documented, with research by the Royal College of Physicians finding that around 40,000 deaths each year are attributable to exposure to outdoor air pollution.

PM, together with other air pollutants such as nitrogen dioxide, has been found to damage lung development in children and worsen existing respiratory and cardiovascular conditions, particularly in older people.

Department for Environment Food and Rural Affairs (Defra) figures show that road transport is responsible for 12% of the UK’s particulate emissions, with 38% from burning wood and coal in domestic open fires and solid fuel stoves, 16% from industrial combustion and 13% from solvent use and industrial processes.

“We know that some of the components from brake wear, together with microplastics from tyres, will be irritating and cause reactions in the lung, which, over time, would not be good for our health,” says Frank Kelly, of King’s College London.

Microplastics from tyres – referred to as tyre wear road particles (TWRP) - are fragments of plastic below 5mm in diameter which are created when the surface of a tyre is abraded by contact with the road surface.

Research from the MDPI’s International Journal of Environmental Research and Public Health found that each car tyre weighs around 1kg less when scrapped then when first bought.

It this is extrapolated across the 290 million cars in Europe, this equates to about 500,000 tonnes of material a year.

While the smaller particles (PM2.5 and PM10) are liable to become airborne, the larger particles will typically remain on the road surface until washed off in drainage water.

“These are sausage shaped, can be between four and 350 micrometres in diameter, and on average they are found to be about 100 micro-metres,” says Susanne Buchholz, head of global standards at Continental.

“They are also denser than water, and this is why they tend to sink to the ground as sediment.”

Continental is one of 11 leading tyre manufacturers which make up the Tire Industry Project, formed in 2005 to identify and address the potential health and environmental impacts associated with the lifecycle impacts of tyres.

Part of its research has included a watershed analysis for the area around France’s River Seine to calculate how much TWRP reaches the oceans.

“Not a large percentage of these particles actually reached the estuary because they settle before, so 2% to 5% have the potential to go further to the ocean,” says Buchholz.

The research found 61% of TWRP ended up in soil, 18% was removed through road treatment, rainwater management and road sweeping, 18% stayed in surface water, 2% remained in the atmosphere, and 1% was deposited on road surfaces.

However, these findings are at odds with the positions taken by other organisations. An estimate from the International Union for Conservation of Nature and Natural Resources is that the erosion of tyres while driving contributes 28% of the release of primary microplastics to the world’s oceans. This estimate makes TWRP at least as important as plastic bottles, bags and fibres released from clothing during washing, says the organisation.

One issue when it comes to reducing NEEs from tyres is that they are a necessary side-effect of road safety – the abrasion which creates them is required to ensure vehicles can both grip the road and slow down.

So how can they be tackled?

AQEG says the most effective mitigation strategies are to reduce the overall volume of traffic, lower the speed where traffic is free-flowing (e.g. trunk roads and motorways) and promote driving behaviour that reduces braking and higher speed cornering.

The impact of driver behaviour

Research by Continental found that the biggest influencing factor on TWRP generation is driving behaviour, which, it says, has an effect five times larger than the tyre material, vehicle or climate.

AQEG says the resuspension of particles from the road surface can be lowered by reducing the material that is tracked on to public roads by vehicle movements in and out of construction, waste management and similar sites, as well as potentially by road sweeping, street washing and the application of dust suppressants to street surfaces.

However, the impacts on airborne PM from trials of these latter approaches have so far proven inconsistent and any benefits have been short-lived, adds AQEG.

The organisation says increased use of vehicles with regenerative braking, such as electric vehicles, theoretically, should lower brake emissions because they do not rely on frictional wear of materials to slow.

“However, tyre and road wear emissions increase with vehicle mass, which has implications for any vehicle with a powertrain that is heavier (for example due to additional battery and hardware mass) than the equivalent internal combustion engine vehicle it replaces,” adds AQEG.

“The net balance between reductions in brake wear emissions and potential increases in tyre and road wear emissions for vehicles with regenerative braking remains unquantified.”

AQEG says other possible solutions include as yet unproven technological mitigation methods, such as trapping brake wear particles prior to emission and mandating the formulation of low-wear/low-emission tyres, brake pads and road surfaces.

The organisation is calling for further research to be carried out into NEEs in order to formulate future regulations to tackle the pollution.

“Many issues are still scientifically unknown,” agrees Buchholz. “There should be a multi-stakeholder approach so all the influencing factors can be considered.”