This has seen the infrastructure services company, which has a 7,500-vehicle fleet, use innovations such as driving simulators and reaction time games, as well as goggles which simulate the effect alcohol and drugs can have on a driver.

Its latest technology is a virtual reality fatigue driving simulator, to highlight the dangers of driving while tired. 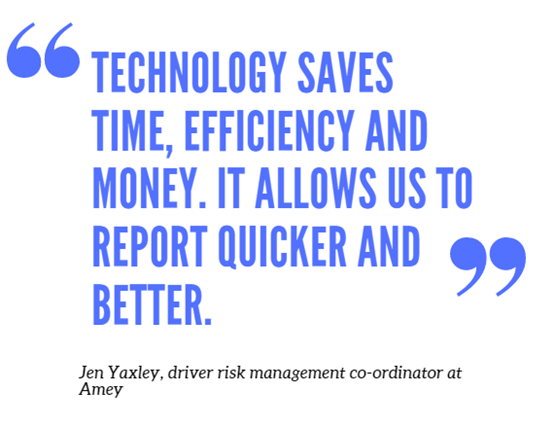 “We have teams within our consulting business that are dedicated to looking at innovation and areas where we can improve.

“We have working groups in fleet and plant looking at things such as camera technology and autonomous vehicle technology – anything that we can see could assist us in the future.” 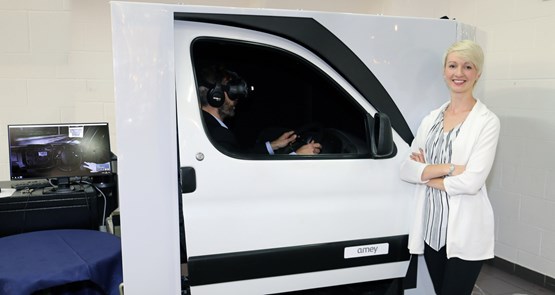 However, while the desire to embrace new technology is helping Amey push boundaries in its risk management programme, it also uses it to improve processes and efficiencies in less eye-catching, but equally important, ways.

“Unfortunately the transport industry is sometimes guilty of being a little archaic,” says Yaxley, who was named Young Women of the Year at the 2016 Women in Logistics awards for her role in delivering an effective risk management programme.

“The industry can be stuck using paper records and we want to move away from that. Everything is electronic in an office – you rarely see a paper invoice now, so why should you see a paper form for vehicle defects?

“That’s the opinion we have, and once we start to use technology it frees up so many opportunities.

“Technology saves time, efficiency and money. It allows us to report quicker and better.

"It means we don’t have to read through all of the paper forms and that helps us innovate even more because it gives us information which we can use and we can then develop again.”

Moving its daily first use walk-round vehicle checks from a paper-based system to an app has been a huge success for Amey.

“It means you don’t have to give out thousands of books to people and everybody who uses it finds it so valuable and, most importantly, easy to do,” says Yaxley. 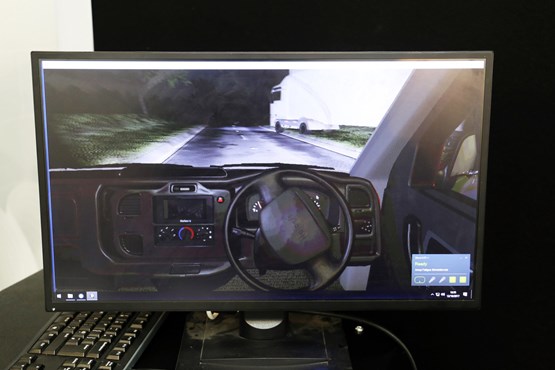 The reports are then fed back into an online portal, with the information used to ensure compliance and identify any trends or training needs.

The daily checks are mandated for all vehicles from vans upwards, while they are starting to be introduced on Amey’s company car fleet as well.

“We are not mandating the checks for our car drivers at the moment and it’s not huge numbers who do them, but we are telling them the reasons why they should carry out vehicle checks and, hopefully, make them want to do it,” adds Yaxley.

“There will probably come a time when we do mandate the checks, but we don’t want to force them on anyone, we want to let people learn that they are really useful tools.”

While Amey’s desire to innovate and adopt new technologies is clear, this does not come at the expense of more traditional working practices. The company will use whatever approach is best to get the safety message across.

“We use our intranet and communicate electronically where we can, but we have to recognise that not all of our employees have access to any sort of electronic media so that’s why we go to meet them,” says Yaxley.

“I go out as much as I can. I’ve probably seen around one-third of our driving population – around 4,000 people – and take with me all sorts of posters, interactive games, Powerpoint presentations, quiz sheets: whatever will sell the road safety message and raise awareness.

“We can’t impact on operations, so if I know my guys in waste collection have to go out at 5am, I’m there at 4am.”

Transport and fleet managers are also a vital channel of communication with drivers, and they are kept engaged through working groups and conferences, such as the one which took place last month in Oxford and was attended by around 80 delegates.

Training is also tailored to suit different employees and needs. “We do absolutely everything,” says Yaxley.

“We do classroom training, in-vehicle training, online risk assessments and 10-minute toolbox talks before drivers go out in the morning so the subject is fresh in their minds.

“When you’ve got a new starter it’s easy to get them to buy in to what we’re doing because you’ve got them from day one. You can tell them ‘this is what we do’.

"But we’ve also got drivers who have been with us for 20, 30, 40 years even, and it’s much harder to change the behaviour and culture which has been ingrained over years and years.

“That’s why we found it important to communicate through as many different options as possible to make something work for everybody.”

Fatigue simulator can act as a wake-up call

READ MORE: Fleet and safety: How to react to danger without any risk

Tom Lawless, group fleet and plant director at Amey, says although reported incidents within the company were low, fatigue was an issue every driver in the UK would face at some point in their lives.

“Despite all the advice, policies, training and support we give our drivers, we can’t be there at the point they are making that decision to get behind the wheel,” he says.

“The idea for the simulator was born out of evidence in our rail business that people who experienced near-misses were the safest.

“By recreating all the conditions of driver fatigue and the shock and emotions of a near-miss in a totally safe environment we hope to make our drivers safer, whether they’re at work or not.”

The simulator is made from real vehicle components, including a driver seat, pedals and steering wheel, with the driver putting on a VR headset and headphones.

During the simulation, the driver has to negotiate a variety of roads before the screen temporarily goes black to simulate a long blink to show what the potential consequences are of driving while tired.

The simulator will be mounted to a specially-commissioned vehicle featuring a range of other Amey driver training products from where it will tour the UK as part of the firm’s driver training offering.

Selsia has been awarded a three-year contract to centrally manage Amey’s accident repairs for its fleet of more than 10,000 cars, vans and heavy commercial vehicles.