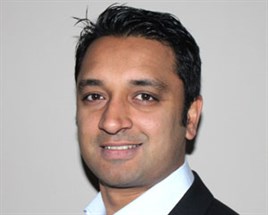 What is your biggest achievement in your current role?
Creating a new leasing structure in the UK market – NovaLease. It’s the only leasing product specifically designed for vehicle salary sacrifice.

Who has had the biggest influence on your career?
My first boss. He taught me how not to lead people…

Who did you last receive a text message from?
Voicemail.

What is your favourite sitcom?
Modern Family. Brilliantly written interplays between the families.

What is your favourite film?
The Castle. Good Aussie humour.

You are on a desert island – what three things would you take with you?
My wife and two kids.

When was the last time you took public transport and where were you going?
A plane from Sydney to Heathrow.

What is the first thing you would do if you were made Prime Minister for the day?
Get serious about fixing the economy by restoring England’s long-term competitiveness. Does anyone really believe cheap credit and printing money will actually help us produce things people want to buy?

If you won the lottery, what would be the first thing you would buy and why?
Enough carbon credits to offset the second thing I would buy…

What was your biggest mistake in business – and what did you learn from it?
Not having the right team on board. Take the time to think about who you want and why, then don’t settle for second best.

What is your best childhood memory?
Fishing with my dad.

What is your favourite dish at a restaurant?
Cordero a la Cruz from Porteño in Sydney.

What is your favourite book?
The Power of One by Bryce Courtenay.

What would you say is your guilty pleasure?
Cheese.

How would you describe your leadership style?
Lead by example.

Who was your childhood hero?
Dennis Lillee. What a moustache!

Which historical character do you most identify with?
The mathematician, Carl Friedrich Gauss.

What advice would you give your 18-year-old self?
I’m not sure he’d listen.

What is the one object you couldn’t live without?
My barbecue.

If you could work in another profession, what would it be?
I’d be a helicopter pilot.

What’s the best gift you’ve ever been given?
A butchery course.

Which comic-book superhero would you most like to be?
Batman. He has the coolest toys.

What is your dream car?
An Aston Martin Vantage V12.

What was the most pivotal moment in your life?
The birth of my first child. That changes everything.