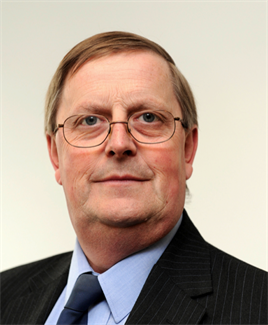 Phil Clifford has been in public sector fleet management for the past 37 years. Recently his role at St Edmundsbury Borough Council expanded to include Forest Heath District Council.

First fleet role: I joined a district council in 1977, working as a fleet administrator. Having trained
first as a mechanic and then in motor trade administration, the challenges of being in control of a fleet was a natural and interesting progression.

Biggest career influence: The director of my first authority. He advised me to be prepared to move for progression and to be careful who I upset on the way up as I may meet them again on the way down.

Fleet management style: Open, hands-on and trusting. Empowered staff, with the right guidelines, will make it work for you.

Biggest mistake in business: Many years ago I bought a new truck based on driver feedback but ignored my mechanic’s input. The vehicle was a miserable failure and it taught me to consult with the mechanics before the drivers.

Most memorable driver moment: Seeing the pride on the faces of young drivers when they pass their HGV test, which I have witnessed many times over the years.

Career goals: I want to retire at the top of my game, giving the same enthusiasm to the job as I did when I was much younger.

If I wasn’t in fleet:  I would like to work in industrial history/ archaeology.

Childhood ambition: I am embarrassed to admit that I either didn’t have any or, more likely, it was so long ago I have forgotten.

My favourite film is The Brave Don’t Cry with John Gregson and Fulton Mackay – the story of the Knockshinnoch mining disaster of 1950. Truly inspiring.

I want to be remembered as someone who managed to change the perception of employers about fleet management and convinced them that it should be recognised as a profession.

The first thing I would do if I was made Prime Minister for the day would be to change the taxation regime on company cars to favour mileage reduction initiatives.

The three vehicles I would like in my garage are a Standard Vanguard Phase I or III, a Triumph TR2 and a Saab 900 Carlson.

The pivotal moment in my life was deciding to leave the family business and make my own way in the world.

My advice to my 18-year-old self would be to pay attention to education – it will serve you well eventually, even though you might not realise it at the time.

My first memory associated with a car was sitting in my mother’s Triumph Herald as she tried out an automatic car wash for the first time.   We came out wetter than the car!

The book I would recommend others read is Birdsong by Sebastian Faulks.

My pet hate is people who throw cigarette ends out of car windows.