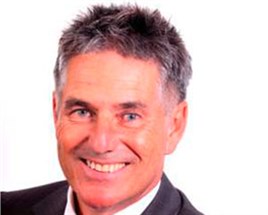 What is your biggest achievement in your current role?
I have been at Hitachi Capital for just under a year, however I now have a clear strategy on how to grow the car business.

Who has had the biggest influence on your career?
I have worked for many talented people, but Gary Spellins was a sales director whose attention to detail and desire to be successful was second to none.

What’s your dream holiday?
I have taken the easy option and opted for a world cruise so I can see as many places as possible. The trouble is I would probably come back three stone heavier.

Who was the last person you received a text message from?
My best friend asking me when his daughter’s car was coming.

What is your favourite sitcom?
I really like Modern Family on Sky 1.

What is your favourite film?
I do like Forrest Gump as it covers several decades, tells a good story and Tom Hanks is a great actor.

You are on a desert island – what three things do you take with you?
Water, matches and a solar-powered satellite mobile phone to call someone to come and collect me.

When was the last time you took public transport and where were you going?
If I am going to watch Chelsea, I usually take the train and tube.

What is the first thing you would do if you were made Prime Minister for the day?
Change the way votes count in the General Election to ensure everybody’s votes count towards the result. We would end up with a Government that the majority of people voted for.

If you won the Lottery, what would be the first thing you would buy?
A large house on the River Thames, probably at Richmond or maybe Teddington, so I can moor a boat, fish and relax, while I choose the colour of my Bugatti Veyron.

What was your biggest mistake in business  and what did you learn from it?
I re-structured a business and was convinced by my management team not to make new business development a standalone team. It didn’t work. It’s a specialist function. I won’t make that mistake again.

What is your best childhood memory?
Travelling across Europe in a Singer Vogue with my parents and two brothers. My dad loved that car. It was built like a tank and as slow as one too.

What advice would you give your 18-year-old self?
Slow down and focus on your studies more, rather than living life to the full too soon.

What is your favourite book?
Breakthrough Strategic Thinking by Tony Grundy.

What would you say is your guilty pleasure?
Cuban cigars, either a Partagas D4 or a Cohiba Siglo VI. I started smoking cigars at 39, much to the annoyance of my wife who thought she had married a non-smoker.

How would you describe your leadership style?
I am demanding, but I do listen and I do value other people’s views. Luckily I have a great team of people working with me, who do challenge me, which I encourage.

When did you last feel guilty about the environment and why?
Probably every time I step on a plane.

Who was your childhood hero and why?
I used to read Just William books by Richmal Crompton – a great read.

Which historical character do you most identify with?
Richard the Lionheart.

What one object couldn’t you live without?
A nice car – goes without saying.

If you could work in another profession what would it be?
An airline pilot.

What’s the best gift you’ve ever been given?
My two lovely children, as any parent would say.

Which superhero from comics would you most like to be and why?
Superman. He could do practically anything.

What is your dream car?
Bugatti Veyron.

What has been the pivotal moment in your life and why?
Working in the Middle and Far East in 1982 as it gave me an opportunity to live in a different environment and experience other cultures.