What would you do after a road death? 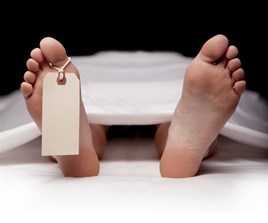 Company drivers are involved in at least 24% of deaths and serious injuries on UK roads. Sarah Tooze finds out how Brake is training fleet managers to prepare for the worst.

Any sudden traumatic death or serious injury can “impact hugely” on a company, according to Rosie Murray, disaster management specialist for Brake.

“You have to be ready to deal with it appropriately and to care for those staff that have been impacted,” she says.

Murray has been involved in handling major national disasters such as 9/11, the 2004 Boxing Day tsunami and the 1989 Kegworth aircrash, and believes that road deaths do not get as much support as they should.

“Death on the road has the same factors as a national disaster, but does not have the same support available,” she says. “You do have a family liaison officer and, to some extent, health professionals and the clergy but, on the whole, there is little support.

“I’ve heard a family member say ‘when I went home there was nobody there for me’. If your company has the right processes, the right policies and the right plans in place, that’s something that you may be able to help with.”

But it’s not simply a ‘nice to do’. Companies have a moral responsibility to look after their staff, says Murray.

“You don’t want any of your staff or their families to carry anger or intense distress forward because at the time the company didn’t look after them properly or acted in such a way that it caused it to happen and didn’t have the necessary processes in place to ensure that the death on the road didn’t occur,” she adds.

Preparing for a police investigation

If one of your drivers is involved in a fatality while driving for work, expect to be contacted by the police.

They will want to know what risk assessments had been carried out, the company’s policy on driving at work (including policies on alcohol and drug use), what driver training is provided, when the driver’s licence was last checked, whether work schedules were realistic, whether the driver had any health issues (including eyesight), records of previous collisions, the driver’s familiarity with the vehicle and whether the driver was aware of their responsibilities.

A former fleet manager who was interviewed under caution following the death of one of his drivers says: “The way the police deal with an incident is very mechanical. It’s a checklist – have you done this? Were you doing that?

“If there is an element of doubt in any one of these areas, the investigating officer will drill down and potentially expose the organisation.”

It is not simply about having the right policies in place, companies must be seen to be using them and employees must understand them.

“It’s important to be able to say you have done everything; you have taken every precaution,” says Murray.

“If the police come knocking on your door they will want to know whether you just ticked the box or whether you actually did something about it.”

An external audit is a way to check whether your policies and procedures are robust. This could be done as part of the Freight Transport Association’s Van Excellence programme, the road safety standard ISO 39001 from the British Standards Institute (BSI) or by your risk management provider.

FMG, for instance, offers an audit service which involves a discussion with management about what they do and how they do it, as well as selecting two or three drivers at random to ask them what their experience of the policy is and whether they know what they are responsible for, because in a police investigation both parties will be questioned.

“If the driver doesn’t know about the policies and procedures they won’t be able to comply and the police will very quickly pick up on that,” warns Murray.

How the family liaison officer can help companies

A family liaison officer is a police officer who is trained to liaise with families following sudden traumatic death. They act as a single point of contact for the family – any questions to the family and from the family to the senior investigating officer will go through them.

“If a member of your staff dies on the road, find out who the family liaison officer is,” says Murray. “They will assist you in supporting the family and can pass on information.”

The company may need to speak to the family about death in service or to get the employee’s pension sorted, but it may not be wise to go directly to them.

“If the family, for whatever reason, thinks the company is responsible for the death they are not going to be happy if you turn up on their doorstep,” says Murray.

“If you need to see them, you need to do it with the help of the family liaison officer.”

The role of the coroners’ court/inquest

An unexplained death will be reported to the coroner and the coroner’s officers will investigate what happened to the person by speaking to the doctors and police. The coroner will also decide if a post mortem is needed to establish the cause of death.

“The inquest will be a very difficult time,” says Murray. “You need to think about how you will support the employee and/ or their family.”

People from the employee’s company may also be called to give evidence and they may need support too.

“If you go in as a manager knowing you are in the clear and every box has been ticked and you are totally confident, it is still a very difficult situation because of the stress levels and witnessing again the distress of those people involved,” says Murray.

Ultimately, it’s about preparing for something that you hope will never happen, or as Murray puts it: “Every day it doesn’t happen is a day closer to it happening.”

Make sure you and your company are prepared.

Up to 30% of survivors suffer post-traumatic stress disorder

Companies need to be alert to the signs of post-traumatic stress as 25-30% of survivors of a serious collision will develop a full-blown disorder that requires psychological help.

The symptoms are intrusive thoughts about the collision, flashbacks involving all the senses, loss of concentration, being irritable or bad tempered, jumping all the time and avoidance behaviour such as avoiding driving.

Counselling is not appropriate for post-traumatic stress disorder in the first month. In fact, it can make things worse.

Rather than offering counselling, listen and understand the trauma. Ask the employee ‘how do you feel today compared to how you felt two weeks ago?’ And help to ‘normalise’ their feelings.

“Remember it is a normal reaction of a normal person to an abnormal event,” Murray says. “Tell them that you are not surprised about how they are feeling.”

Post-traumatic stress reactions will decrease as time goes on, but if there isn’t steady improvement or it is stopping them leading a normal life, they may need some help.

“It’s not always screamingly obvious, it can be changes in behaviour that you need to pick up on,” Murray says.

Consider whether the company can help pay for a post-traumatic stress assessment (appropriate after a month).