Year in review: What the industry thinks 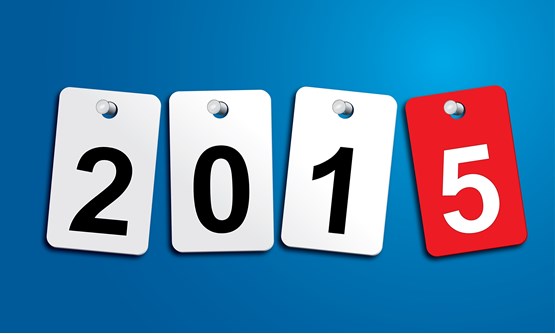 Emissions scandals, company car tax changes and a general election: 2015 was an eventful year for fleets. Here, fleet leaders provide their views on the past 12 months.

History may tell us that 2015 was the year in which there was a realisation among fleet decision-makers and some businesses that total cost transparency was critical.

The trend for fleet outsourcing over the past two decades has encouraged vehicle leasing companies to bundle a range of management products and services into an inclusive monthly fee on a per-vehicle basis.

Full-time professional fleet managers with years of experience and knowledge are obviously aware of the preference of suppliers to ‘bundle’ up the supply of products and services.

They recognise that, with the spotlight on cost management, cash can be saved by ‘unbundling’.

Organisations where there is no full-time professional fleet manager are starting to recognise that true cost management can be effectively achieved only if every product and service is priced separately.

In discussions with companies it is my belief that some are recognising the important role that fleet professionals can play in managing costs in what is, in many cases, a large expenditure area.

As a result, some businesses are reviewing how they run their fleets because they consider that current costs are too high and supplier service levels are also being questioned.

It maybe that, far from continuing to outsource, 2015 was the year when the brake was applied to the removal of fleet managers and a growing number of businesses recognised the important role these people play with their expertise on keeping costs under control.

This year we have seen the day-to-day impact on fleets of growing digitalisation – and it will continue.

In 2011, the Government launched the ‘red tape challenge’ in which it said it wanted to reduce bureaucracy across Whitehall.

Fleets saw that become reality, including the abolition of the paper counterpart of the driving licence, the axing of the tax disc and the introduction of online services.

HMRC enabled employees to make changes to car and fuel benefits that impact on their tax codes online; the DVLA now provides access to a range of documents online including employee driving licence details, the V5C and individual vehicle records.

But the growth of digitalisation has not been without its problems, as the arrival of remote charging when using the Dartford Crossing has demonstrated.

Nevertheless, the genie is out the bottle and, with the anticipated explosion in big data and the connected car, it is a new world fleet managers must embrace.

Separately, it is not too long ago that petrol and diesel pump prices averaged more than 140p per litre. Today, fuel prices have reduced to almost £1 per litre and pundits expect that level to be maintained in 2016.

But anecdotal evidence suggests the 2015 dip in fuel prices has led to some businesses taking their eye off the ‘green’ agenda.

More work-related miles are being travelled, but whether that is due to falling pump prices or a growth in business confidence – or a combination of the two – is difficult to tell.

We have seen a real appetite for fleet training this year. We are in a buoyant market and the way to get ahead is to invest in personal development.

The institute trained more students than ever before. In 2015, we held nine fast-track intermediate and three advanced programme modules, up 26% compared to last year. And our next diploma programme is also at full capacity.

Course content has been highly praised by our external accreditation body, the Institute of Leadership and Management, and our accredited programmes are making a real difference to the value employees add to their organisations through improved efficiencies, reduced costs and being compliant.

In 2015, in a short survey, we captured more than 360 implemented fleet initiatives as a direct result of our training programmes. Undoubtedly this is only the tip of the iceberg. The appetite for training and career advancement is also reflected in our membership numbers which have increased 5% to more than 750 members.

Interestingly, for the first time ever, we have witnessed a change in gender split among students coming through ICFM courses with females accounting for a majority of students, up 7% in 2015 to 51%.

This year has seen some massive strides taken towards improving road safety, with fleets once again at the hub of these changes.

Manufacturers are realising their duty in producing safer and cleaner vehicles, from developing new lower cab entry HGVs to protect vulnerable road users, to driving down the cost of electric and hybrid vehicles.

There is still a long way to go, but signs look promising.

Through our most popular Fleet Safety Awards ever, we recognised the commitment by both fleet operators and suppliers to bring road safety to the forefront of their organisation through improved technologies and driver behaviour.

Fleets are also taking the lead in raising awareness in communities too as road safety roles once held by the public sector are dwindling due to cuts.

The past year has also seen two major breakthroughs in the law.

Scotland’s lower drink-drive limit is something Brake would like to see rolled out elsewhere in the UK.

And in March, the new drug-drive law made it easier for the police to detect and prosecute drug drivers, which fleets having to make sure their policies are up to date.

Overall, 2015 has seen a good commitment by the fleet industry to save lives and money through safety measures. However, there is always room for improvement and we would encourage more companies to work with Brake in 2016.

Van Excellence is our voluntary operator scheme which now has more than 100 members. It was launched in 2010, with the aim of professionalising the industry and shaking off the ‘white van man’ image.

While it’s true that the majority of freight in the UK is still moved by HGV, our new Van-Dependency Index confirms the industry importance of light goods vehicles.

In specialised construction trades, the index (calculated as the number of vans per £1 million gross value added) is 15.9 while in postal and courier it is 28.73.

Van Excellence has been embraced by the industry as a valuable initiative to enhance standards for van operator compliance and to celebrate those who demonstrate excellence.

The Van Excellence report reinforces this message, highlighting the economic and social value of van fleets to the UK economy.

Trust is a key element of the BVRLA’s relationship with the Government and its motoring agencies, and it has been tested to the limit this year.

The Driver and Vehicle Licensing Agency’s (DVLA) abolition of the paper counterpart to the driving licence was a showcase demonstration of its attempts to cut red tape and paperwork.

BVRLA members spent many months liaising with the DVLA project team in a bid to develop a new online system that would benefit the vehicle rental and leasing industry and its customers.

Unfortunately, we ended up with a compromised, paper-based solution that was rushed through and poorly communicated.

BVRLA rental members were on the frontline and showed remarkable resilience in dealing with the ensuing website wobbles, call centre crashes and media frenzy.

Hopefully some lessons have been learned, but there are already signs that another high profile modernisation project, the Dart Charge, is inducing more fleet industry headaches.

In other areas, we are working much more productively with the DVLA, the Driver & Vehicle Standards Agency (DVSA) and Highways England.

BVRLA members are providing end-user insight and feedback, and reaping the benefits in terms of less bureaucracy and more efficient online services.

These new services are just part of a much wider technological revolution that will see connectivity, data and software play a much more important role in the automotive industry.

Members are already embracing this change and the association is beginning to get to grips with the data protection, access and security challenges surrounding vehicle and driver data.

In 2015 the Energy Saving Trust celebrated 10 years of working with organisations to save energy from transport.

The importance of transport to our economy continues to grow, as does the energy that it consumes.

Almost 40% of all UK energy is consumed by transport, a figure that has doubled since 1970.

Road congestion continues to rise, as does its associated costs in wasted fuel and loss of productivity.

With the growth in delivery traffic and grey fleet, business travel increasingly happens in urban areas and in older less fuel efficient vehicles, thwarting the air quality targets in 40 of the UK largest towns and cities.

We’ve worked with more than 1,000 fleets since 2005, giving hands-on pragmatic advice and support to help them save energy.

Through better mileage, fuel and grey fleet management, a more informed vehicle choice strategy, including the appropriate usage of ultra-low emission vehicles, and driver training, we have identified estimated savings for these clients of more than £200 million.

The biggest thing to happen in regard to company car taxation in 2015 is actually what did not happen.

We have been waiting for detailed guidance over how the company car will be taxed after 2019/20. The lack of any commitment by the Treasury is creating concern across tax professionals.

Clearly, if the tax rules are going to be made more aggressive this will create further unrest for company car drivers.