How fleets could help save the panda

Was this article useful?
Click the thumbs up >
BIOFUEL is becoming a bit of a buzzword in the fleet industry and justifiably so as it signifies the biggest fuel shift since the introduction of unleaded petrol 15 years ago.

Company car drivers and UK businesses will be at the forefront of a Government drive to have 5% of all fuel sold at UK forecourts made from a renewable source by 2010.

Put into perspective, this will be the equivalent of taking one million vehicles off the road.

This massive shift towards the use of biofuel, mainly diesel,will save one million tonnes of carbon dioxide from entering the atmosphere – cutting down on harmful emissions that contribute to global warming, which is ruining the natural habitat of endangered species such as the giant panda, Indian tiger, harlequin frog and grizzly bear.

The World Wildlife Fund says that, along with other gases, CO2 thickens the ‘greenhouse blanket’, trapping too much heat in the earth’s atmosphere, causing global warming.

This results in climate change that causes extreme weather events, such as Hurricane Katrina which devastated New Orleans.

Other less publicised weather events are causing water and food shortages around the world, putting hundreds of thousands of plants and animals under threat of extinction, according to the WWF.

So, what moves do fleets have to make now in order to be able to meet this challenge? Well, not a lot, as modern cars are able to run on fuel that is a mixture of 5% biofuel and 95% petrol or diesel, a ratio that is already sold at some forecourts today.

There are two types of biofuel – biodiesel, which is made from plant oils, and bioethanol made by fermenting grains, sugar, corn or wheat. They are turned into fuel using a chemical process.

Unlike fossil fuels, biofuels are ‘carbon neutral’ because the CO2 they produce when burnt is absorbed by the crops used to make them, meaning it is effectively recycled.

An increasing number of fleets are investigating their use to benefit from reduced fuel consumption and to lessen harmful emissions that damage the environment. A car’s performance is unaffected by the use of biofuels.

Transport Secretary Alistair Darling’s announcement this month that by 2010 a total of 5% of all fuel sold on UK forecourts would come from a renewable source would mean a 20-fold increase in biofuel sales over today’s levels.

It comes in response to EU pressure on Government to meet its biofuel targets. It wants 2% of all fuel sold to be biofuel by next year and 6% by 2010. Countries like Germany and France are on course to meet the 2% target while Britain currently plans to achieve 0.3% by the end of this year.

Speaking at the Environmentally Friendly Vehicles Conference in Birmingham, Darling stressed the importance of taking action to tackle climate change.

He said: ‘I am determined that transport should play its part in addressing the threat of climate change.

‘Making vehicles more efficient and investing in public transport are important aspects of our strategy, but renewable fuels are equally important. This obligation is vital in continuing to promote a shift towards cleaner, low carbon road transport.’

Supermarket giant Tesco claims to be leading the market in biofuels and from the beginning of next year plans to introduce biodiesel blended fuel in more than 150 of its sites.

A spokeswoman said: ‘If you talk to consumers they would like to help the planet, but they are always cost-conscious and when it comes to fuel they are driven by price.

‘By selling biofuels at the same price as standard unleaded and diesel, we are enabling our customers to be more environmentally-friendly.’

The Government’s move was welcomed by biodiesel producer Argent Energy, which currently produces 40,000 tonnes at its Scottish plant but plans to invest in further production facilities in the UK.

Joint managing director Andy Hunter said: ‘This announcement represents a good lead from the Government in tackling the issues of CO2 emissions from road transportation and diminishing supplies of mineral fuels.

Since we formed our business in 2001, our focus has been on developing a product that could contribute significantly to just these types of targets.’ 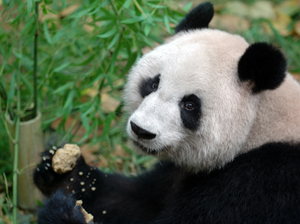 Car manufacturers give a welcome to biofuel move

THE Government’s new and ambitious target – which means fuel companies being obliged to offer more biofuel to motorists – was welcomed by car manufacturers.

Transport Secretary Alistair Darling – whose choice of vehicle to travel to the Friendly Vehicles Conference was a Ford Focus Flex Fuel Vehicle which can run on either bioethanol or unleaded petrol in any mix in the same fuel tank – outlined the Renewable Transport Fuels Obligation in front of a host of industry executives.

Commenting on the ambitious move, Christopher Macgowan, chief executive of the Society of Motor Manufacturers and Traders, said: ‘Biofuels are an important part of the drive towards sustainable motoring.

However, drivers need to know that a comprehensive network of refuelling sites is available which will support the investment made in alternative-fuelled vehicles.’

Despite this month’s major emphasis on biofuel, the use of biodiesel has already doubled since the summer of last year, partly boosted by a 20 pence per litre reduction compared to traditional petrol and diesel.

The Department for Transport (DfT) says: ‘This has stimulated sales of about 10 million litres a month – about 0.25 of all road fuel sales. The Government announced that it would consider an obligation last year to answer industry calls for longer term certainty.’

So, we could reasonably expect some sort of announcement on the fuel in this year’s pre-Budget report or next year’s full Budget. With such a focus on increasing use of the fuel, surely it cannot be ignored. 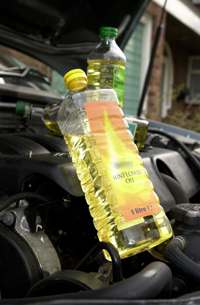 WHILE increasing the use of biodiesel in cars is a commendable approach to boosting their green credentials, there are other ways fleets can help protect the environment – and they should use their suppliers to help them.

One leading leasing company boss said leasing companies and contract hire firms have also now become aware of the need to be green and are introducing initiatives for fleets to follow.

It is no longer adequate for leasing companies merely to suggest an alternative fuel for the fleets they manage and companies have grown to expect more from their providers, he said. But what exactly should fleets expect from their leasing or vehicle management company?

Kevin McNally, managing director at LeasePlan, said: ‘In the past, leasing companies just advised on diesel or LPG – simple manufacturer-related issues – but it is now more complex and we need to give fleets positive ideas to work on.

‘Leasing companies should have a range of options which show an understanding. They need to agree, advise and assess the options and be able to provide clear advice and the potential benefits.’

More companies are now emphasising the need for green policies and this is becoming more important when choosing a new leasing provider.

McNally said: ‘There is an interest in green issues and we’re seeing an increasing number of sustainability appointments in businesses.

‘A lot of our new tenders focus on green issues and every tender we have, we have to explain what our green stance is. Green issues have now become much more mainstream.’

The benefits of taking part in a green scheme are numerous according to McNally, who believes that schemes such as LeasePlan’s own GreenPlan, which includes a reforestation package to offset vehicle emissions, motivates staff and provides good publicity for the company.

He added: ‘Large companies are increasingly green focused and take green issues very seriously but fleets should ensure that leasing companies have the expertise and knowledge on green issues before offering advice.’