Was this article useful?
Click the thumbs up >
FORD’S revised Mondeo range goes on sale early next month with numerous styling tweaks, new hi-tech features such as Bluetooth and MP3 compatibility, minor mechanical updates and a simplified model line-up.

On sale from May 6, prices and engines are unchanged from the current range.

There are two new trim levels, Titanium and Titanium X, which are now a permanent feature in the range after their introduction as limited editions late last year. Priced the same as the Ghia and Ghia X models, these versions offer, in Ford’s words, a more ‘techno’ feel with unique styling and interior trim. The Mondeo is available in a total of seven trim levels (LX, Zetec, Ghia and Ghia X, Titanium and Titanium X and ST), with prices starting from £15,995 on-the-road. 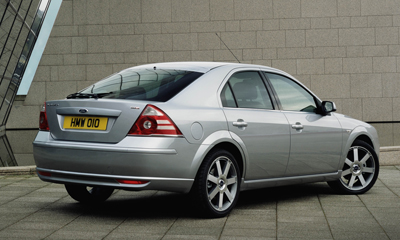 Jon Gunn-Smith, large car brand manager at Ford of Britain, said: ‘Mondeo has been in the top 10 best-selling cars in Britain since its launch in 1993 and is a firm favourite with fleet customers. These latest changes provide customers with an overwhelming choice of luxury, value or performance.’

Externally, there are styling changes including new bumpers and front grille while there are tweaks inside such as aluminium effect trim.

Mechanically, the changes centre on an improved feel through the brake pedal and a revised Durashift six-speed manual gearbox which now features a spring-loaded ring under the gearknob to avoid wrongly selecting reverse.

For the new range, Ford has also incorporated hi-tech features into the Mondeo. There are three hands-free kits available, two of which use Bluetooth technology, while the stereo system has been upgraded so that an iPod or MP3 player can be plugged in. 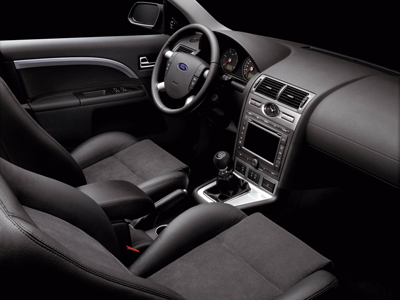