Australia is home to ‘flying car’

Was this article useful?
Click the thumbs up >
Eagle eyed users of the satellite imaging service Google Earth have spotted what appears to be a car hovering above the ground in a suburban car park in Perth, Australia.

The photo is of a car park in the south western suburb of Bicton. The spot is a popular picnic location on the banks of the Swan River. 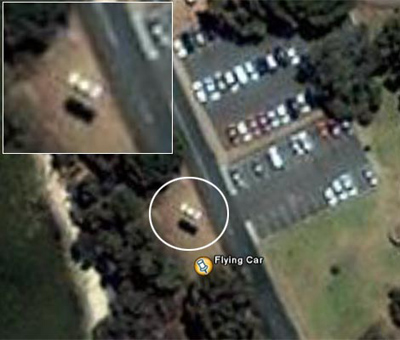 Google Earth images are mostly taken by satellites - and sometimes by aircraft - within the past three years and there are no "live" images on the site.

The intriguing image was reported last week by the UK IT news website, ‘The Register’.

One the the website's readers subsequently visited the spot and sent in photos showing that there were no unusual structures there that could explain the phenomenon.

Other sceptical readers wrote in insisting the image was an optical illusion and was either a bus shelter, a pergola, a hole in the ground or a tent. One said it was obviously "Harry Potter and his friends on vacation". 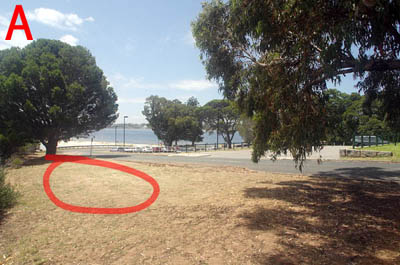 A ground picture of the mysterious site