Was this article useful?
Click the thumbs up >
CITROËN will not launch a fleet-specific VTX version of its new C4 Picasso MPV, claiming that the car has been developed from such an early stage with business drivers in mind that there’s no point.

Usually the firm offers a VTX grade as it sits well beside the firm’s retail-only cashback deals, but it says there will be no such activity on its new model.

Ian Hughes, Citroën’s head of fleet and remarketing, said: ‘We have developed our strategy with the C4 Picasso with fleets in mind from the outset, working with the price guides to achieve a strong wholelife cost proposition.’ 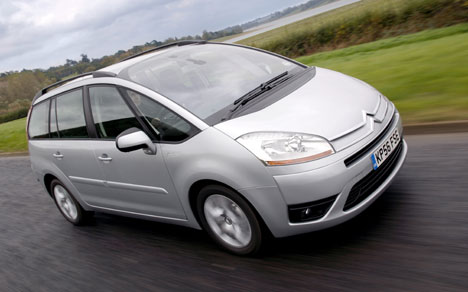 Hughes wants to build more fleet awareness, and has been working with the guides to ensure the car is priced and specced correctly. He added: ‘We have never launched a car in this way before.’

The C4 Picasso goes on sale on January 15, although fleets will be able to order one from January 2 once RVs have been set.