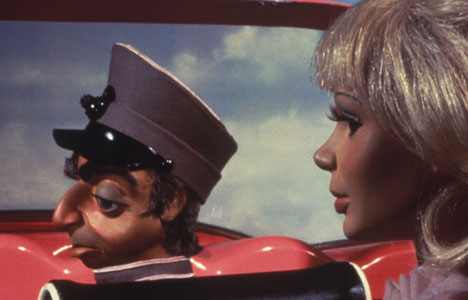 THINK limousines and chauffeurs and you may well conjure up memories of Lady Penelope and the faithful Parker in Thunderbirds or picture a tatty stretched Lincoln Town Car hauling a dozen screaming hens from bar to bar of an evening.

But the serious world of limousines is a world away from disco balls and neon lights. Hiring a limousine and chauffeur is becoming popular among corporate customers keen to offer staff, executives and guests comfort, style and prestige when travelling.

Sales of luxury cars favoured by chauffeur fleets are on the up. From March to September this year, Mercedes-Benz sold more than twice the number of S-classes compared to the whole year before – even considering it was a new model, this was impressive.

By September, BMW’s sales of the 7-series had risen by 43% on the year before.

Although the chauffeur sector works in a similar fashion to the wider fleet industry, it has very different priorities in the way it operates. And as well as the mechanical assets, companies need to think about the human ones as well – the drivers.

Mendoza says the industry is growing, with current business up 10% on this time last year and 8-9% forecast for next year.

‘It’s seen as a luxury service but it’s actually a very competitive product. Compare our service to a black taxi and it’s cheaper with us to go into central London from Heathrow.

Mendoza believes the industry growth reflects the UK economy – when things look good for businesses generally, the market for limousines is good.

‘In times of economic boom or recession, luxury services are the first to be affected,’ he says.

GREG Mendoza believes the word ‘prestige’ is vital, as image is everything in such a luxurious market.

‘In the chauffeur market, the accepted brand is Mercedes – the E-class for executives and the S-class for luxury,’ he says.

‘BMW has been aggressive in the marketplace and that’s encouraged some firms to move but the alternative vehicles really are restricted to BMW’s 5 and 7-series, Audi and possibly Lexus.’

Mendoza says the dependable residual values of Mercedes-Benz were useful for managing his fleet of 97 vehicles.

‘They’re somewhat tight with their discounts, but you know what you’ll get for the cars at the end of their lives,’ he says.

As a relatively high-volume buyer, Carey has a close working relationship with Mercedes-Benz as well as with a dealership, buying cars on hire purchase.

Vehicles are well looked after – scratches and dents would never do for a good image.

‘A three-year-old vehicle will go back in almost immaculate condition, even though it may do 35,000 miles a year,’ Mendoza says. ‘Generally, these cars have a two to three-year life.’

The cars do not come equipped with vulgarities such as cigar humidors or champagne coolers.

‘The vehicles are pretty much standard,’ Mendoza says. ‘We always go for black, long- wheelbase models and they are high-specification cars anyway. We’ll put rear blinds in, but not tinted windows. Our market is corporate-based and we don’t think that’s the image the customers want. Perhaps in the entertainment industry there’s more of a call for that.’

Although there are occasional celebrities who need transporting, 98% of Guy Salmon’s business is from the corporate sector, mostly from investment banks.

‘They would be transporting their own staff, clients and guests,’ Mendoza explains.

‘Sometimes it’s straightforward airport transfers and sometimes they need to travel around Europe or even around the world, and need transportation wherever they go.

We also get board-level executive from major companies and wealthy individuals, the entertainment industry and corporate events.’

A QUALITY vehicle is no good to a chauffeur fleet without someone to drive it. Drivers at Guy Salmon are full-time employees, although some firms have arrangements that allow staff to be self-employed.

Drivers must be licensed in the same way as taxi drivers, but the chauffeur is a cut above the regular cabbie.

‘We advertise for experienced chauffeurs and occasionally take in less experienced people and train them,’ Mendoza explains.

‘The training is extensive – we consider ourselves to be the pinnacle of that particular ladder.

‘Driving is part of it, but you can train anyone to be a good driver. The best chauffeurs have an understanding of the person in the car and the ability to know when to talk and when to shut up.

‘There are also customer service issues, maybe even knowing where to go and knowing the head waiter – the kind of thing that can only come with experience.

‘The chauffeur is there to do anything they can for the client during their time with them, which can be for extended periods.’

‘Corporate organisations are aware that managing directors and senior executives may be at a greater risk of being targeted by terrorists, not only due to their position, but because of the frequency with which they travel,’ he says.

‘Our employees are subject to extensive security checks, management interviews and background investigations before being accepted. All drivers are provided with safety training and ongoing certifications.

‘A chauffeur can be just a chauffeur or can act as a mobile concierge to customers, advising on places to dine, shop and stay.’