Was this article useful?
Click the thumbs up >
AUDI will initially launch its A5 coupe model (pictured) in the UK next year in high-end versions only, with more fleet-friendly specifications coming later on.

The much-anticipated coupe will be launched as an S5 model, using the 340bhp 4.2-litre V8 used in the S4. Also likely to be included in the launch line-up will be a 3.2 FSI and 3.0 TDI quattros, while smaller, more economical diesel and turbo petrols will come later.

Usually, S versions come much later in an Audi model’s lifecycle, but it is thought the manufacturer wants to establish perceptions of exclusivity in buyers’ minds before offering cheaper cars. 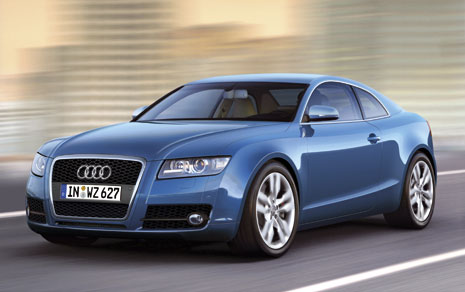 German bosses at Audi believe the UK is such an important market that it will get different, market-specific spec from much of the rest of the world, dropping the comfort-oriented SE trim and running with S line and entry-level only.

The firm has previously trusted Audi UK to go it alone from all other markets – an unusual step for any German manufacturer – such as giving it the latitude to take the Q7 specification upmarket. Also later next year, Audi will unveil the A3 convertible which, unlike its Volkswagen Eos relative, will come with a fabric soft-top rather than a folding metal roof system.

The current thinking at Audi is that fabric roofs have reached such a level of refinement that there is little to be gained, other than weight, complexity and cost, in going down the metal route.

An insider said: ‘People talk about security of fabric roofs, but in reality, have you actually ever seen a fabric roof vandalised? And soft tops are a much more elegant, lightweight solution.’