Was this article useful?
Click the thumbs up >
AUDI’S huge new Q7 has thundered into the luxury SUV market, but does it have what it takes to tackle the existing class leaders? Our panel assesses the market.

They’re big, they’re bold and they’re part of a sector which is seeing continued growth in the UK despite the best efforts of certain environmental campaigners to besmirch their reputation.

SUVs, and in particular the big luxury versions such as the models featured here, may not be some people’s cup of tea, but to those employees with the company car allowance to afford one, they’re the biggest and best fashion and lifestyle statement they can make.

And in diesel form these models are not the ozone-destroying vehicles they’re made out to be – some of our selection even manage more than 30mpg.

The latest to join the fray is Audi’s new Q7 – all seven seats and two-tonne-plus of hulking metal. This is a big departure for the firm – abandoning its understated elegance for a brash, ‘in-your-face’ look. For sheer road presence there is little to match the Q7.

But there are plenty of other luxury SUVs which can match the Q7 for style, desirability and performance.

The evergreen BMW X5 continues to be a massively popular choice in the sector, despite being the oldest car featured, while Mercedes-Benz has recently launched its new ML.

For traditional British off-road buyers there’s the Range Rover Sport, while Volvo has enjoyed massive success with its seven-seat XC90.

Finally there’s Volkswagen with its well-priced Touareg, a car jointly developed with Porsche. 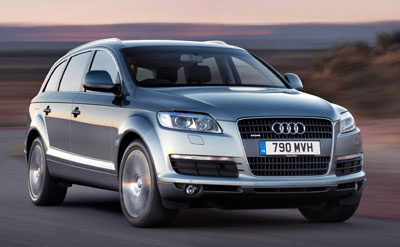 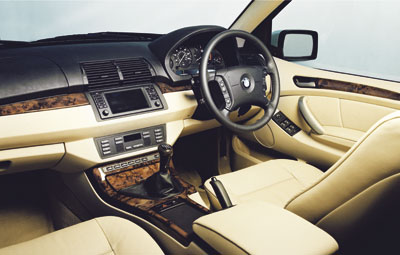 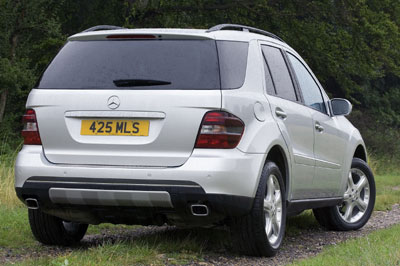 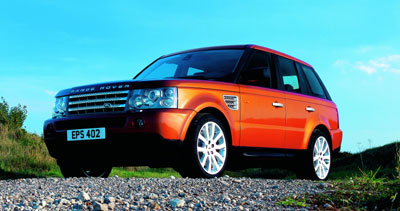 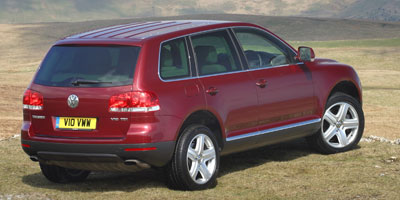 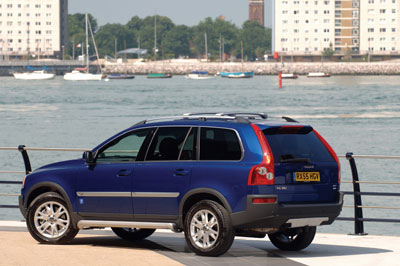 What the panel said

S TYLE, image and comfort are the most important factors in the purchasing decision here.

Top of the pile is the Q7, the very latest fashion which has a great engine, bags of space, comfort and is eye-catching.

The Audi, as the new kid on the block, knocks the X5 from its previously exalted perch, although we expect BMW to address this when the new model launches next year. However, the X5 still has very strong residual values.

Just behind, we place the Range Rover Sport which is plush, almost regal, with an excellent diesel engine.

The ML is an improved offering on its predecessor. It is another good-looking model that should stand up better to the scrutiny of individual buyers.

There is little to choose between the Volvo and Volkswagen but neither has the flair of the others.

The XC90 does nothing badly and while the marque may have an established history for big estates it is a competent performer in this company.

Volkswagen has no pedigree in this sector, but the Touareg is still a viable alternative.

DESPITE the high price of these vehicles this is a very competitive sector. It remains unaffected by the anti-4x4 lobby, and sales are unlikely to affected by the high BIK tax and increased VED duty rates.

Luxury, badge and build quality are what counts here. The Q7 has all these plus distinctive Audi looks, seven seats and it’s brand new. Combined with the strongest RV, it takes first place.

The Touareg may not have quite such a prestigious badge but Volkswagen is a strong fleet brand and the car was engineered by Porsche. It’s the cheapest car here and it has the best rental.

The Mercedes-Benz is an improvement over the old model, and the Range Rover looks terrific and has a strong RV but, in diesel form, it’s off the pace.

Despite being at the end of its lifecycle the X5 remains a strong contender, while with the best economy, low SMR and second-best rental the XC90 is a good all-rounder.

DESPITE the continued onslaught from some parts of society (witness the recent press excitement over the so-called 4x4 road fund tax rise), this is a sector that continues to grow and develop in terms of choice.

Land Rover – largely responsible for the creation of this sector with the original Range Rover – has hit back at the dominant BMW and Mercedes-Benz with the Range Rover Sport, while Audi is the latest to join with the Q7.

The X5, allowing for the recent facelift, is the oldest car in this list, but it is still seen as the benchmark.

The XC90 is reckoned, certainly by Volvo, to be one of the safest vehicles of its type, and is probably the most car-like of the selection to drive, while the recently launched ML is a huge step up from the previous version, finally giving the X5 and Range Rover some serious competition.

The Touareg might not have the badge prestige of some of its rivals (although it was developed alongside the Porsche Cayenne), but compensates by being one of the biggest in the sector and offering plenty of standard equipment.

AGILITY, refinement and desirability are key expectations for these models, which must simultaneously perform as executive, sports and luxury sector products.

The X5’s composure in all conditions, together with strong residuals and competitive rentals, make it a clear choice for fleets.

Mercedes-Benz’s new ML is more assertive than before with a much-improved, though still not top-notch, interior.

Audi’s new Q7 does not enjoy the same level of support, making it more expensive.

In diesel form, the Range Rover’s entitlement to its Sport tag might be questioned but its spaciousness and off-road capability are unarguable.

A smooth ride complements the Touareg’s good looks, but its RV lets it down.

The Volvo’s relatively small engine helps its fuel economy but it can feel unrefined compared with its rivals here.

THE Touareg is the only model to fall below the £600 a month barrier for rentals, thanks to the lowest front-end price and a healthy level of support from Volkswagen (see below). The M-class is the most expensive.

DESPITE a range of CO2 values, from the Volvo’s 239g/km to the Touareg’s 294g/km, all six models fall into the maximum benefit-in-kind tax band, giving a company car tax bill of around £5,000 a year for a 40% taxpayer.

NONE of these cars is exactly frugal, although the BMW and Volvo do manage to return average fuel economy of more than 30mpg – impressive for such big, heavy cars. The Touareg is the least efficient.

AS the newest model, the Audi enjoys the highest RV forecast, predicted at 51%.

However, the BMW is close behind on 50%. The Volkswagen and Volvo have the joint lowest RV forecast of 44%.

RANGE Rover and Audi are the least forthcoming with support for their models, taking around £4,000 off. Volkswagen, Volvo and BMW offer the most discount, with around £6,000 off their models.

THE Volvo enjoys a significant advantage here, costing nearly half as much in SMR as the most pricey – the Mercedes-Benz. The Audi, BMW, Range Rover and Volkswagen are fairly evenly matched. 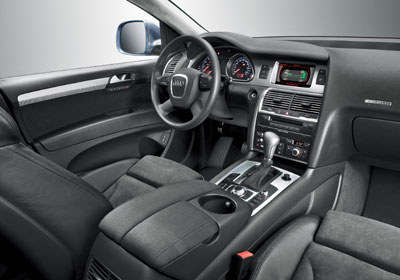 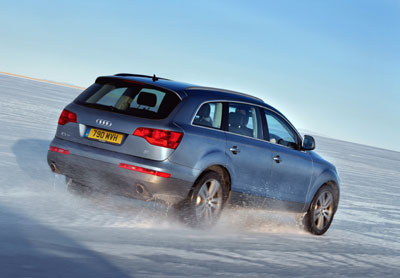 THE new Q7 drives straight to the top of the SUV pile, narrowly out-pointing the X5. It seems that the badge and its newness make it the current SUV of choice. 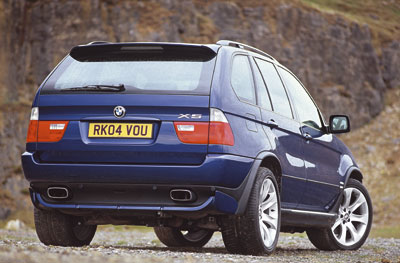 JUST beaten to the top spot, the X5 continues to impress in this sector. Despite its age it has high RVs, and it has a desirable badge on the bonnet. 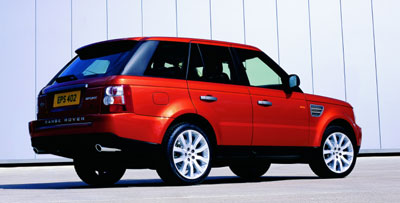 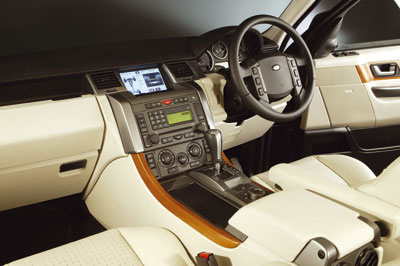 GREAT looks and a strong RV, but it seems that in diesel form the Range Rover struggles to match the competence of the top two models. 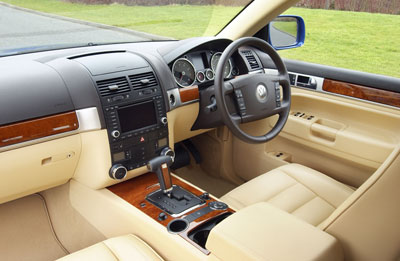 THE cheapest car here offers the lowest leasing rates, but the Touareg hasn’t got the badge to compete with Audi and BMW. Still a good value choice though. 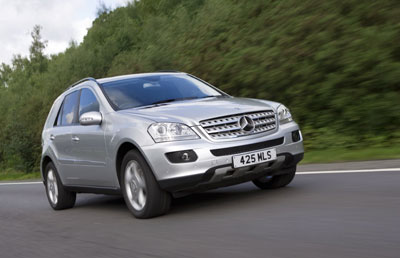 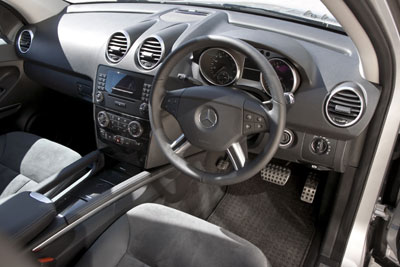 GOOD looks and a strong badge, but the new M-class suffers from having the highest monthly rental rates and the most expensive maintenance costs. 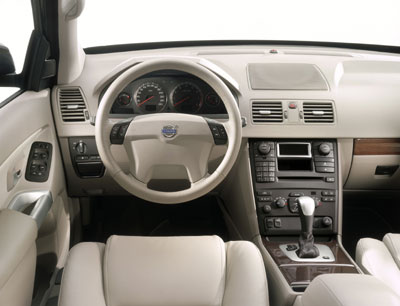 DUE for an imminent facelift, the XC90 majors on seven-seat capacity and safety. However, it lacks the refinement to compete for top honours here.