Was this article useful?
Click the thumbs up >
WE meet the rock drummer turned fleet manager who has found telematics to be a Godsend. 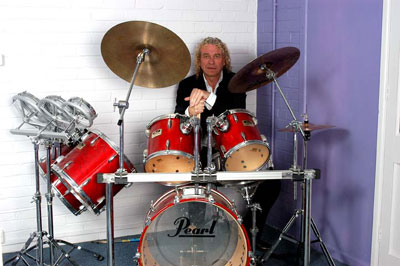 After years of touring the world as an international rock star, settling down into the life of a fleet manager doesn’t seem an obvious move.

But David Pounds swapped screaming groupies and rock and roll for squealing fan belts and duty of care responsibilities after he jacked in life on the road in favour of life overseeing life on the road.

Pounds is operations director of Mobile Media, one of the UK’s largest mobile advertising firms. But from his mid-teens he was an in-demand rock drummer. While most youngsters were finishing school and contemplating their first job or university, he was touring with the likes of The Clash and Captain Sensible.

In 1986 Pounds met his future wife Karen Olsen, and together they came up with a business idea.

He said: ‘She was selling door panel advertising on black cabs. I had two huge Luton vans with big panels on the side for all our kit, and I said ‘why don’t you put posters on the side of the truck?’

The idea was a success. The couple soon invested in a custom- built van to display the poster on and Mobile Media was born. Drivers went on the road with huge posters on the sides of their vehicles for weeks at a time, often living in a caravenette conversion in the back of their vans.

The fleet ran for 10 years before Pounds first considered using telematics, a concept then rarely utilised by fleets in comparison to today.

The prompt for investigating the technology was not to monitor fuel or to meet duty of care responsibilities, as Pounds explains.

‘It was originally a sales tool,’ he says.

‘We wanted to be able to justify where the vehicle was to the client. Previously we’d have to report in to the store manager, or whoever, three times a day and it was a logistical nightmare. We had to drive round the country and do spot checks to make sure the drivers were in the location they should have been.

‘The sales team asked if there was any way we could get some kind of tracking for the vans.’

Pounds did some research and eventually brought in the services of Securicor and its Datatrak product, the descendant of which is today run by Siemens VDO.

‘It was an analogue system using aerials,’ Pounds remembers. ‘They had this technology in place so that they could keep track of security vans collecting money from stores.’

The idea worked perfectly and within two years the whole Mobile Media fleet was fitted with the technology.

For Pounds, the beauty of the system is knowing where vans are and when, but some of his drivers at the time didn’t feel so positive. Some of them resented the presence of Big Brother in their vans and tried to sabotage the new equipment.

He says: ‘10 to 15 years ago we wouldn’t know if they were sleeping on the job or going home for lunch or whatever.

‘When we introduced telematics, three to four guys decided to resign when we brought it in. I feel they probably weren’t worth employing. If they’re not doing the job then the adverts are not working for the client.

‘They tried putting magnets around the aerials and covered them in foil and we’ve had wires cut off. That went on for about six months and it’s something that can probably be expected.

‘If they’re not prepared to take that commitment then that’s not the sort of workforce I want. If they’re doing their jobs properly then it won’t be a problem.

‘In the long-term it’s worth having a few drivers resign, because there are so many benefits. When new people come in then they know the system is there and accept it from day one because it’s in the contract.’

Once the reluctant few had gone, everything settled down. Even 10 years later Pounds still gushes about the useability of the system.

‘Using the service online I can go on to the internet anywhere in the world and track the fleet,’ he says.

Pounds says he can’t imagine running the business without the benefits of telematics, and has no hesitation in recommending it to others.

‘If we were to lose the tracking it would have a considerable effect,’ he said.