Was this article useful?
Click the thumbs up >
FORD always reckons in its publicity blurb that the Transit is the backbone of Britain. If that’s the case, the arms and legs must surely be the Citroën Berlingo.

This gallant little performer has been faithfully plugging away on the UK’s roads since 1995 and has become so common that you can hardly travel a mile without seeing one. And bear this in mind – the Berlingo might not be the most exciting vehicle on the roads but it holds the distinction of winning a Fleet News award (best van 1.8 tonnes and under) for five years running. That’s an achievement no other vehicle, car or van, can match.

Over the years, the van has been treated to several nips and tucks so that our latest long-term test vehicle still looks and performs as well as the best of the rest.

Over the next six months we’ll be subjecting the Berlingo to a variety of tasks and reporting back on how it fares. So far things are shaping up pretty well.

When it comes to Berlingos, you probably won’t find a better specified one on the roads in England. It comes with Citroën’s excellent 2.0HDi turbodiesel engine and in addition to the normal goodies such as ABS brakes and a CD player, this van has metallic paint at £235, air conditioning at £480, heated rear windows with rear wash/wipe at £110 and twin side sliding doors at £400, all of which have to be added to the list price of £10,695 (all prices ex-VAT).

In fact, this van is so loaded with extras that the boys in the Citroën press office fondly refer to it as the Christmas tree.

Methinks when it is defleeted and sold off after I’ve finished with it, someone is going to get a very nice little bargain.

The turbodiesel engine (you can opt for a non-turbo but it isn’t half as much fun) pumps out a lively 90bhp at 4,000rpm and 151lb-ft of torque at 1,900rpm, while gross vehicle weight is 1,805kg and payload is 599kg, including the driver. The Berlingo offers a load volume of 3.0 cubic metres.

We’ve had the van a couple of weeks now and so far it is settling in well with the staff. It looks dead smart in its metallic covering and for those who think that £235 is a complete waste of money for this option, let me tell you that this cash sum and more is likely to be recouped at selling time as this van will stand out proud from the other ones in ordinary paintwork.

The second side loading door is a questionable investment, but the air-conditioning is proving a real boon. Yes, I know that most fleet operators won’t order it for their staff but I really do believe that in these days of concern over health and safety at work, it’s an option that should be considered.

In the heat of the summer a cool driver is a safe driver and when the windscreen gets misted up in autumn (as it is doing nowadays), it clears a lot quicker with the heater and the air-con working in tandem. Go on, give your drivers a treat.

The driver’s seat isn’t exactly the best I’ve ever experienced – it’s a bit squashy for my liking – but I am getting used to it slowly.

But by far the most impressive thing about this van so far is its frugal use of fuel. On the first tank I was getting a creditable 49.6 miles per gallon and I’ve been attempting to nudge it over the 50mpg mark ever since – so far without success.

I’ve been driving carefully and easing off on the throttle every time I think about it, but so far there have been too many busy days with lots of motorways involved and invariably I end up pushing on a tad.

So far I haven’t loaded the Berlingo down yet so I can’t tell you how it performs under pressure, but the Mem Sahib is at this very instant thumbing through her well-worn Ikea catalogue so the van is quite likely to be pressed into service with shedloads of furniture to be collected at any time.

I’ll be reporting back in the next issue. Ikea at Christmas time? Wish me luck! 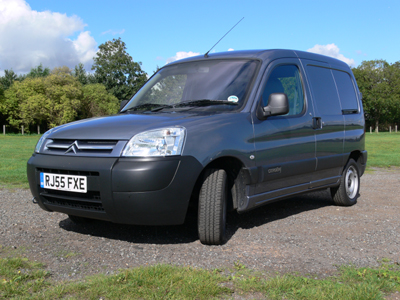 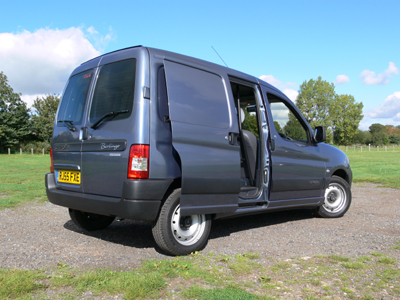 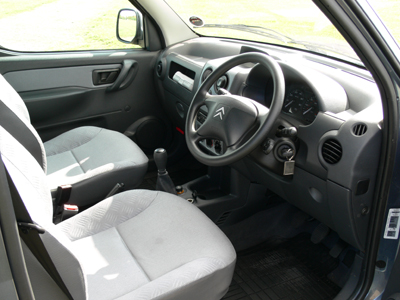