Look no hands – the future of driving predicted 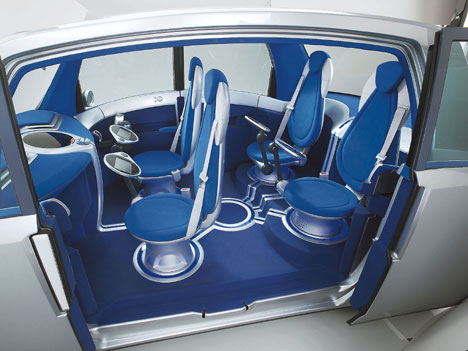 Cars will drive themselves by 2025, senior fleet industry figures were told last week.

Company bosses of BT Fleet’s customers and suppliers gathered at the BT Tower in London for a presentation with speakers including futurologist Ian Pearson, who spoke about the impact technology could have on transport in the future.

One of Mr Pearson’s radical predictions was that cars would drive themselves within 20 years.

“An elderly lady, maybe 90 years old, will be able to call up a car which will arrive outside the door and take her wherever she wants to go,” said Mr Pearson, “even though she is unable to drive herself.”

Another idea is to convert railways to use “packet technology” similar to that used in digital communication.

Switching, sensors and linkages would be developed to allow “pods” to move around the network, increasing capacity 100-fold.

“You don’t have to be too bright or pre-empt technology. You just have to be reasonably sensible business people,” he said.

“Technology will be 10 times better but cheaper. What costs £1 today will soon cost 1p and eventually it will be free.

“It will probably be the taxman who works out what we have to do for us.”