Was this article useful?
Click the thumbs up >
Drivers will be able to choose from a line-up of three Honda hybrid vehicles in 2009, it has been announced.

Speaking at the Tokyo Motor Show, president and CEO Takeo Fukui said he had given the green light for a production version of the lightweight two-plus-two CR-Z sports car concept, while a supermini hybrid would also be launched in two years’ time.

Joining the Civic IMA, the two cars would mean that fleet managers had hybrid cars to offer drivers between approximately £13,000 and £20,000-plus.

Honda believes that that hybrid technology should be used in lightweight cars, while larger cars should use more efficient diesels and, eventually, fuel cells.

Next year, the new Accord will come with a new iteration of the 2.2-litre diesel engine, called i-DTEC, which will be Euro V compliant from launch and should offer a higher horsepower version of around 170bhp while cutting NOx and particulate emissions.

The CR-Z, which follows on from Honda’s original hybrid – the Insight coupé – is smaller than a three-door Civic.

It will go up against the ageing Mercedes-Benz C-Class Sport Coupé and forthcoming Volkswagen Scirocco, and Honda is confident that it will have the sports coupe hybrid market to itself for at least a year or two.

With its sparkly ivory paint job, gaping air intake and icy-blue LED headlights it is certainly eye-catching, and few changes are likely for the production model.

However, there are no details yet of emissions or powertrains, except that it is likely to have around 170-180bhp and return around 45mpg.

There are no pictures or details of the supermini hybrid but Mr Fukui said the extra cost of the hybrid system should be about the same as that of a diesel engine – around £1,000-£1,500 – with the extra cost over a normal petrol negated within two years of running it.

Audi’s A1 MINI competitor will be unveiled in 2009 and will very closely resemble the Metroproject Quattro concept on show.

The concept also pointed to future technology set for other Audi models, including hybrid Quattro power and a mobile phone that acts as an entry key, MP3 player, satellite navigation and information centre.

The hybrid system combines the 150bhp version of the 1.4 TFSI petrol engine with a 41bhp electric motor driving the rear wheels which Audi claims reduces fuel consumption and emissions by around 15%.

The lithium-ion batteries, which are rechargeable by plugging into a mains electricity socket, gives the A1 a range of up to 62 miles without using the petrol engine.

Audi says a combined economy figure of 57.6mpg is possible, coupled with CO2 output of 112g/km.

However, it is unlikely that the car will come with the powertrain from launch, instead initially offering the usual range of small petrol and diesel engines from the Volkswagen Group.

With the MINI still selling in vast numbers, Audi is eyeing some of that market enviously.

Its last effort, the A2, was a well-packaged and clever car but the high cost of its aluminium construction meant it struggled to sell in the required numbers.

BMW launched a new variant of the M3 in Tokyo, describing it as a more practical version of the ultimate executive car.

The saloon version, the first in 10 years, still has the coupé’s 4.0-litre V8 with 414bhp and technology such as the M-differential, switchable engine mapping, electronic dampers and switchable steering.

It now has a fifth seat in the back rather than two rear chairs, and is 25kg heavier, at 1,680kg, than the coupé.

That is down to the extra weight of the rear doors and a steel – rather than carbon-fibre – roof. BMW executives say it is because the type of buyer looking for the extra doors is a more practical type and less interested in expensive carbon adornments.

Toyota used the Tokyo Motor Show to explore future, more environmentally-friendly powertains and methods of travel, rather than showing anything new that was especially practical outside of the Japanese market.

These included the 1/X (pictured), a concept vehicle that could point to the development of the next-generation Prius. It comes with a “plug-in” hybrid powertrain, which means the electric battery can be recharged from a socket. 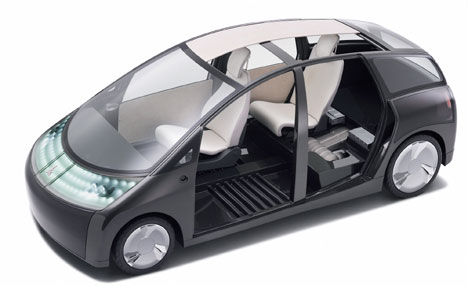 Use of high-tech construction materials, including carbon-fibre-reinforced plastic, means the 1/X weighs around one-third of the current Prius at 420kg, while maintaining the same amount of interior space.

And for the company car driver who hates walking, there’s always the iReal: a three-wheel personal mobility vehicle that can do nearly 20mph thanks to twin-electric motors on the two front wheels and is controlled via two joysticks.

Toyota genuinely believes this sort of product will have a place in the market: it could be useful around the warehouse.

Volkswagen’s new super-compact car could be on sale by the end of the decade, insiders revealed, after unveiling a second version of it inside a couple of months. 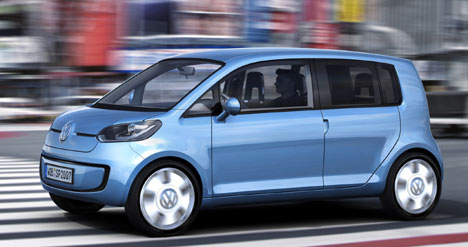 The space up! concept (pictured) shown at Tokyo is a four-door version of the two-door up! which made its debut at Frankfurt.

At 150mm shorter than the current Fox, and 230mm longer than the up!, the space up! has an adaptable interior in which three of the interior seats can either be folded or removed completely to allow for up to 1,005 litres of luggage volume, with boot space available front and rear.

There are also MINI Clubman-style side-hinged rear doors, while the engine sits under the boot floor.

It can accommodate either petrol, diesel or hybrid powertrains. 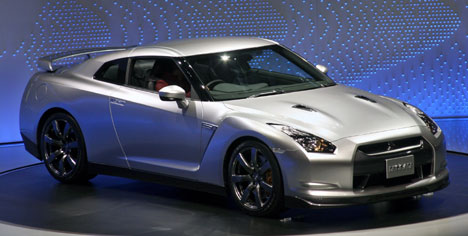 Suzuki claims a version of this upper-medium estate concept will be on sale within a couple of years.

If it can replicate the success of the Swift in the supermini market, could Suzuki finally have a shot at the core fleet market?