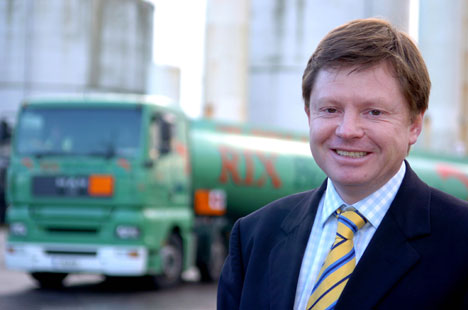 Biodiesel may be known as the cleanest and most efficient transformation of solar energy into kinetic energy to power engines, but we hear a lot of negative stories about damage to rainforests, endangerment of rare species and the risk of fuel crops displacing food crops in the third world.

What is a van fleet operator to think?

If you have the chance to put biodiesel in your tank, is it the best thing for the planet or should you just stick to fossil diesel?

Consumption of fuel in transport has increased by 23% since 1990 and oil prices are currently at a near record high.

Our CO2 emissions are having a dramatic effect on our climate and we are experiencing a succession of record weather events.

So doing nothing is not really an answer.

The problem seems to be that the mainstream media have no room for the middle ground – biofuels will either save the planet or kill it – there are no other alternatives, at least if you want to sell newspapers.

The truth is that of course it is possible to overdo a good thing.

If we were to replace fossil fuels with biofuels overnight there would be enormous disruption and mistakes would be made.

However, I’ve never heard anybody suggest that this is what we should do.

Not all biofuels are the same – there are good ones and bad ones.

It is important that we support good biofuels which can deliver substantial carbon savings while we discriminate against those that deliver only minimal savings or have an adverse affect on their local eco-system.

The Government is well aware of the importance of this issue and will be introducing measures that will take into account the sustainability and carbon benefit of the fuel.

The real problem with biofuels is not that we are in danger of overdoing them but rather that uptake is far too slow.

Only 0.5% of national fuel usage is biofuels.

Why is it that an environmentally-friendly product, which can be used with very little engine modification (and none at all in a 5% blend) has not been accepted readily into the marketplace?

Most biodiesel is unquestionably environmentally friendly – our own at Rix is produced from waste cooking oils which would otherwise be expensively dumped – yet introduction into the national fuel distribution network has been an uphill struggle.

The Government is convinced of the case for biofuels. The UK’s Renewable Transport Fuels Obligation (RTFO) wants 5% of all fuel in UK forecourts to come from a renewable source by 2010 and in the longer term the EU is planning a 10% target for 2020.

If the industry doesn’t get its act together to accelerate the introduction of biofuels, then it is likely that we will see government taking an active interest in making us change our ways.

A little imagination can go a long way, however.

The card can be used at more than 1,150 filling stations to buy conventional diesel, but when we are asked to replace this diesel in the national fuel network we replace it with our B5 blend, BioBlend5.

If all commercial vehicles used a GoGreen card, the UK would achieve the Government’s 5% target with no problem at all and three years to spare.

I’m sure other biofuel producers will soon have their own biofuel cards and we would encourage rapid uptake.

If you can make an environmental difference without having to pay more or change your buying behaviour, surely you should do so?

As biofuels take off, environmentally and culturally acceptable ways of producing the relevant crops will continue to develop and government regulation is already in hand.

We must all consider how to introduce biofuels into our operations as soon as possible.