Was this article useful?
Click the thumbs up >
It hardly seems six weeks since the Peugeot Expert was delivered to our offices, but in fact six months have flown by and it’s time to say goodbye to this chic and stylish performer.

We’ll be mighty sorry to see it go too – as stated in previous tests, we all reckon it’s the ideal size for a van.

It’s big enough to swallow five cubic metres of cargo but small enough to winkle into the average car parking space, so we don’t end up in the far corner of Sainsbury’s car park with all the other LCVs on a Friday night.

The Expert’s final mileage ended up at around 8,500 and during its time here we’ve seen the van constantly improving on its fuel economy figure – it is now returning an impressive 38 miles per gallon.

Glitches have proved few and far between. We’ve been impressed with the van’s looks and its comfort.

The only problem is a lack of legroom for the second passenger.

We didn’t have to add any oil until 7,500 miles, which is pretty amazing in itself, but when we did, we found the oil filler cap nestling right under a plastic air scoop, making it impossible to put any new oil in.

A quick look in the handbook revealed there was a plastic funnel for that very purpose clipped on to the inside of the engine bay.

It’s just one of a series of clever ideas that have been employed with this van – we’ve mentioned many of the others in previous road tests so won’t reiterate them all here.

Suffice to say that any driver who is given this van as a working tool will be delighted with its performance and its road manners.

Our test model returns to its maker with a completely clean bill of health and a still-new-looking interior, thanks to a natty ply-lining job. 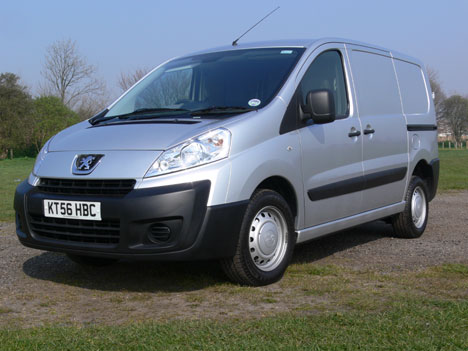