Was this article useful?
Click the thumbs up >
Mitsubishi is aiming to take the lead on electric vehicles by importing a plug-in rechargeable version of its funky i-Car to the UK.

Managing director Jim Tyrrell is lobbying his Japanese colleagues to secure a UK allocation of the i-Car MiEV, a plug-in electric car based on the i-Car.

The success of the petrol i-Car that Tyrell championed to his colleagues in Japan has surprised the firm, with dealers selling the compact cars as quickly as they can be imported.

It is this reaction that has buoyed Tyrrell’s enthusiasm for bringing in the plug-in electric car by 2009.

He aims initially to import 500 into the UK in a determined bid to demonstrate that UK buyers want the car to push the factory to up production.

The innovative i-Car MiEV utilises lithium-ion batteries and offers a range of 80-100 miles and a top speed of around 80mph; more than enough for most commuters.

Charging it is simply a matter of plugging it into a domestic system. A full charge takes between five and seven hours, but an 80% charge can be undertaken in around 20 minutes.

However impressive that is, Tyrrell’s biggest obstacle is pricing.

He is keen to see the Government follow the example of some of its European counterparts and relieve VAT and import duty on electric vehicles.

He has written letters to both the Government and opposition parties in a bid to raise the issue, suggesting that the Government is happy to punish consumers of polluting cars, but has yet to really show any commitment to helping promote green cars. 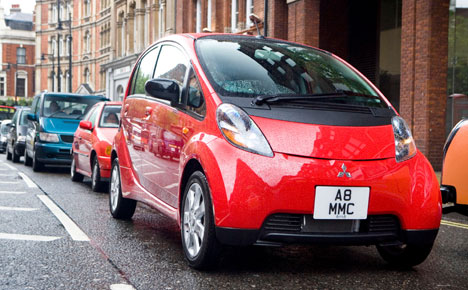