Vauxhall's replacement for the Vectra, the Insignia is to be revealed at the British International Motor Show in London in July.

Today you have to be satisfied with one photograph and a short movie that gives away little more of what the fleet workhorse will look like.

But Vauxhall claims the car will move the brand to a "more aspirational level".

"In the new Insignia, this defining characteristic is realised by sophisticated powertrain technology, active safety and the interface between driver and car.

"The Insignia’s level of comfort and environmental friendliness is unrivalled even among considerably more expensive competitors."

When it comes to the new car’s design, Visser said: “A closer look at our groundbreaking GTC concept car gives a good idea of how exciting Vauxhall’s new design language will be.”

The Vectra was introduced in 1995 and more than a million have been sold in the UK. 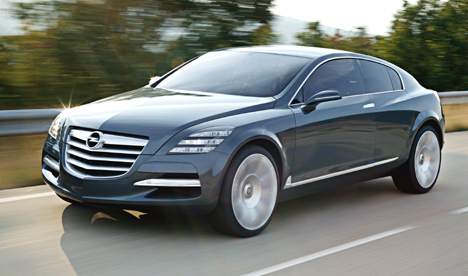