Was this article useful?
Click the thumbs up >
Ultimately, money can’t buy you happiness. But let’s face it, if you were wallowing in piles of cash, such a maxim wouldn’t stop you trying.

It certainly hasn’t prevented wealthy buyers from throwing money at their cars in an attempt to enjoy them that little bit more.

Spending big money on expensive motors is all well and good, but the devil is in the detail. And those with big wallets are usually sticklers for detail.

That means they have a keen eye for the little extras – the type of wood in the dash, the colour of upholstery, the optional extras.

And they’ll pay to get what they want.

Even at the most basic level, the more prestigious cars of today aren’t shy in demanding cash.

But before you think to yourself “hey, I’ve got a spare £200k,” take a quick look through the options list. No-one with 200 grand to splash on a car goes for the base spec. 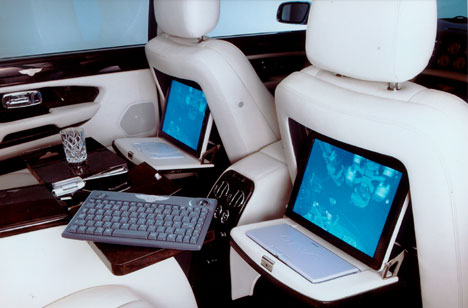 Sticking with the Arnage RL you will, of course, want the best sound system that Bentley offers, complete with surround sound.

And when being chauffeured long distances, Sir will need a DVD and TV to amuse him – £13,960 please.

And perhaps a drink? A ‘slim division drink console’ will hike up the bill by a not-inconsiderable £23,815.

Moving on to the Maybach, it would be very common of one to share space with the driver, so you’ll simply have to order a retractable partition screen with two-way intercom – a steal at £23,780. 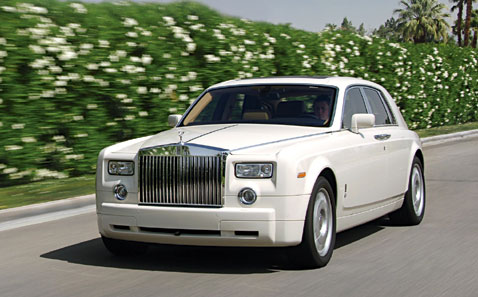 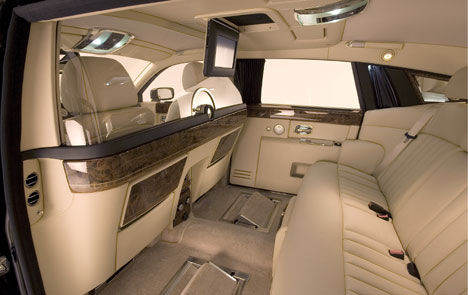 That makes Rolls-Royce’s seat coolbox seem a giveaway at just £3,300.

You don’t have to rely on the manufacturers for options and nor, in fact, do you need to buy a horrendously expensive car to spend vast amounts on extras.

Of course, the prestige manufacturers would prefer you didn’t take their intricately crafted product and have someone else hack into it, so most offer a bespoke service at the factory.

A spokesperson for Maybach explains: “You can have pretty much whatever you’re prepared to pay for.”

Requests to Maybach have included the royal crests of a Middle Eastern country inscribed into the headrests, and a set of clocks installed that tell the time in seven countries.

One customer specified that he would like his car in the same colour as his private jet, while another flew his jet to Stuttgart airport to meet Maybach’s personal liaison manager.

The manager was shown the plane’s leather seats and told the car needed to be upholstered in the same leather.

The plane took off without the customer even leaving the cabin.

A Rolls-Royce spokesman explains: “A lot of people that come to us have compared it to commissioning a piece of art rather than specifying a car.”

As far back as the 1950s, a customer ordered his Silver Cloud III with hot and cold running water. He said he wanted to use it while on camping trips.

More recently, an overseas buyer was a particular fan of a certain soft drink, which had a distinctively-shaped can.

Examples of the can were flown to the UK to ensure the cupholder was crafted to grip it properly.

A particularly fastidious customer had his own wooden veneers shipped to the factory so that his new Rolls would match his other cars and yacht.

The general upshot is, if you’re in the market for a luxury car, don’t expect to get away with the price in the window.

You have to splash the cash to carry off the luxurious look.