Mussolini’s car up for sale

Was this article useful?
Click the thumbs up >
A 1935 Alfa Romeo 6C 2300 Pescara Spyder that competed in the Mille Miglia and was once owned by Benito Mussolini will be auctioned early next year.

The car was built to the special order of Benito Mussolini.

Before delivery he had it modified with a dickey seat and the engine was specially tuned to deliver 95bhp rather than the 68bhp of the standard model.

The car even retains traces of the partial alcohol fuelling system it is believed to have operated during the Mille Miglia, when the fascist regime was promoting the use of alternative fuels in the face of stringent petrol sanctions! A

lso coming under the H&H auctioneer’s hammer at The Centaur at Cheltenham Racecourse on February 27, 2008,will be Britain’s first ever World Rally Champion, Colin McRae’s 1992 Subaru Legacy in which he won the British Rally Championship of that year, the second of his career. 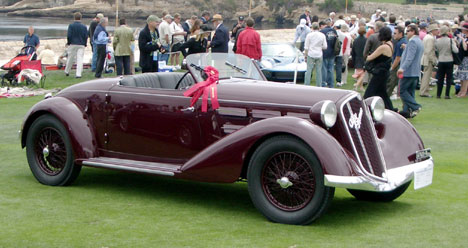